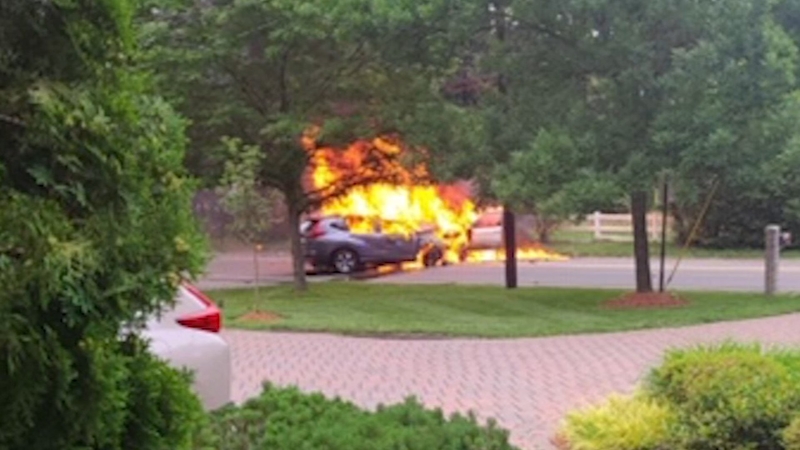 PARAMUS, New Jersey (WABC) -- A fiery head-on collision in Paramus was so loud, residents say it rocked the neighborhood.

The violent crash happened right in front of Corrin Bruhns' home on Paramus Road around 5:30 p.m. Friday. Seconds after the crash, she came out and saw one vehicle already had flames shooting from the hood.

"It was so loud, it felt like the house shook for a second," Bruhns said.

Neighbors say three or four other drivers immediately began pulling the occupants out of the two vehicles - a Honda with two men on the wrong side of the road, and a BMW SUV with a woman inside. Witnesses say minutes after they were pulled from their vehicles, both cars went up in flames. There was gas leaking, and then there was explosion after explosion.

Neighbors say one of the Good Samaritans who pulled the victims from the wreckage was off-duty law enforcement.

The two men were injured but appeared to be ok. The female driver was seriously hurt.

The Bergen County Prosecutor's Office and other law enforcement officials are investigating the cause of the crash.