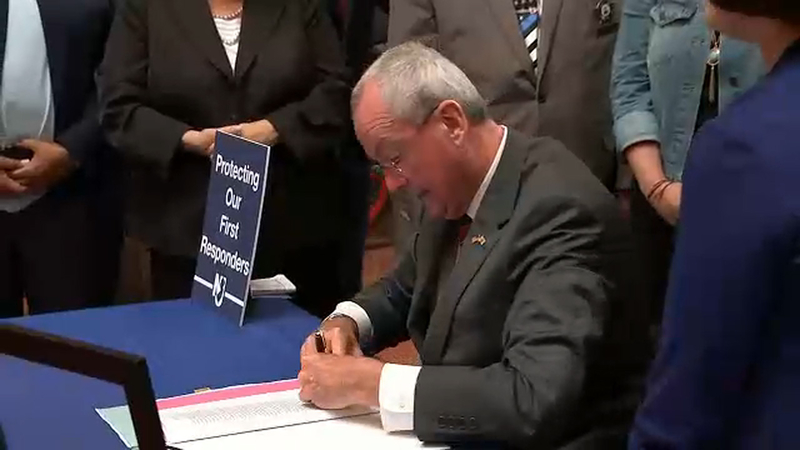 A4882, also known as "The Bill Ricci World Trade Center Rescue, Recovery, and Cleanup Operations Act," is named after Lieutenant Bill Ricci, a professional firefighter in Clifton who volunteered to serve at Ground Zero after the terrorist attacks on September 11, 2001.

The act also creates an exception to the normal five-year filing requirement for 9/11-related operations.

"Thousands of courageous volunteers put their lives on the line in order to save those affected by the devastation of 9/11," Murphy said. "We will never forget their selfless acts of heroism, just as we will always be grateful for the first responders who put their lives on the line for us every day. Today we send a clear message to all of our heroes: We have your back. I am proud to sign legislation that will ensure the health benefits and compensation that these incredible men and women deserve."

Canzanella, who was an International Association of Fire Fighters state representative, passed away from a heart attack at the age of 50.

Under previously existing law, first responders and firefighters had the burden of proving causation for their illnesses, which often required a significant expense of time and resources.

For firefighters, those with seven or more years of service who suffer an injury, illness or death caused by certain types of medical conditions would not be required to demonstrate causation or exposure before receiving medical benefits and financial compensation.

Other first responders, including first-aid or rescue squad members, police, corrections officers, nurses, medical technicians, and other medical personnel, are also not required to demonstrate causation of illnesses, but are required to provide evidence of exposure.