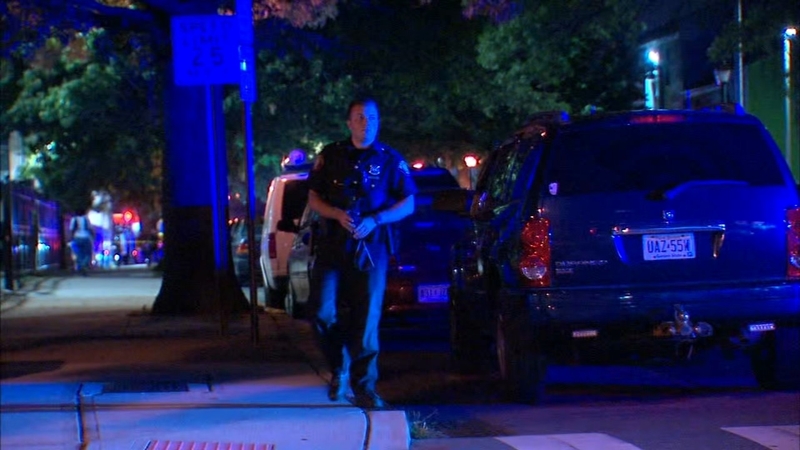 JERSEY CITY, New Jersey -- A suspect has been charged after a police-involved shooting in Jersey City.

Korron Benthall, 21, of Jersey City, has been charged with second-degree unlawful possession of a weapon and fourth-degree possession of prohibited weapons and devices.

Officers say they were forced to open fire on the suspect when they saw Benthall with a gun in his pocket during an arrest Tuesday evening.

The shooting happened in the area of MLK Drive and Oak Street.
EMBED More News Videos

Investigators say when approached by the officers who identified themselves as police, the suspect fled across the parking lot of the Salem Lafayette Public Housing Complex.

The suspect was observed dropping a firearm which he then picked up and raised. At this time, officials say one officer discharged his weapon striking Benthall in the wrist.

"Anytime that a police officer that is chasing, engaging an individual that has an armed weapon the police officer's life is in danger," said Jersey City Mayor Steven Fulop, "He is shaken up. He works in our crime unit, he has a good record as a police officer."

Benthall was transported to the Jersey City Medical Center for treatment for the non-life threatening injury. A loaded semi-automatic handgun was recovered from the immediate scene.

The officer was also taken to the hospital to be checked out.