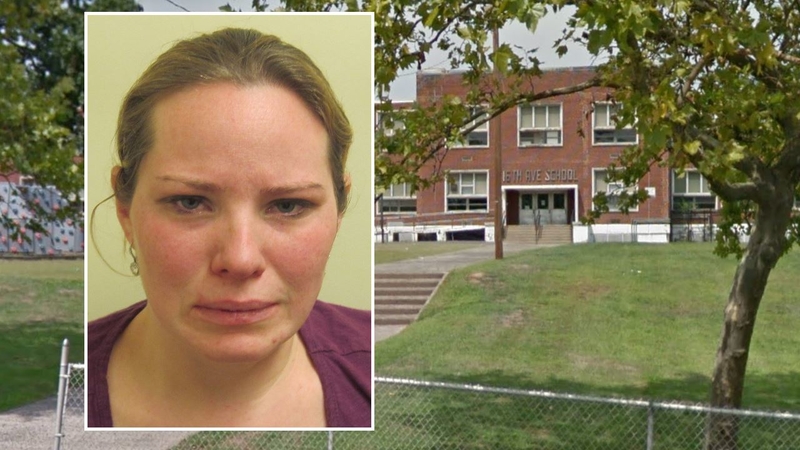 ELMWOOD PARK, New Jersey (WABC) -- A special education teacher from New Jersey is under arrest and accused of abusing students.

Ashley Frabizzio, who works at the 16th Avenue Elementary School in Elmwood Park, is charged with two counts of child abuse and assault.

Frabizzio has been accused of being aggressive with two young children with disabilities while she was in charge of their care and instruction.

According to the police report a 9-year-old called by initials JL in the complaint was pushed down "causing him to hit his head on a piece of furniture." That apparently happened in the school at the beginning of this month.

"It's troubling to hear about that. She's supposed to be trained to deal with special kids so, you have to be patient," said Alice Luciano, a parent.

"I think further backgrounds should be going on that a 30-year-old woman that is abusing children, so I don't know, I think further action should be taken," said Angela Chupak, a babysitter.

Another 9-year-old child was apparently grabbed sometime back in November by the same teacher. That child was forced to sit down. That student is known as ZR in the court documents.

The report says the teacher was "grabbing ZR by the arms forcefully pushing ZR into a chair."

Even stunned patents say this alleged behavior does not represent the teachers at the school.

"I know all of the other teachers at the school and I don't think any other kids are in danger, certainly not my daughter," said Ann Pustamanty, a parent.

Frabizzio is prohibited from having contact with anyone at the school and will not be allowed back in class, but she will be paid while the investigation continues.

Police in Elmwood Park arrested her after they were notified by the school about possible abuse.