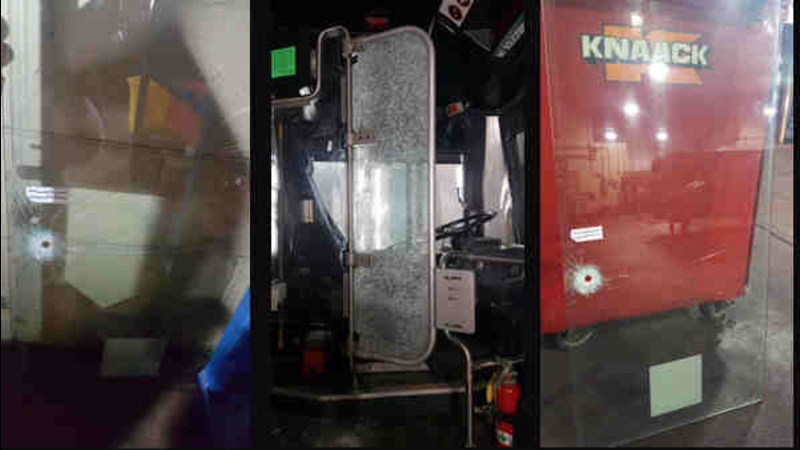 JERSEY CITY, New Jersey (WABC) -- A New Jersey Transit bus driver was injured when the vehicle was struck at least one gunshot on Tuesday night.

At least four shots were fired around 7 p.m., at Martin Luther King Drive and Bidwell Avenue in Jersey City, part of the 87 Line, which runs between Jersey City and Hoboken.

At least one bus window was broken, but it is not yet known if more than one bullet hit the bus.

The bus driver, a woman in her 30s, suffered an injury to her arm due to broken glass after a partition shattered. And that barrier may have saved her life.

According to the mayor's office, the bus driver was not targeted and was not hit with a bullet. She was taken to an area hospital.

Approximately 25 customers were on-board at the time of the shooting. None was injured.

"We believe that this was just a situation where the bus was in the wrong place at the wrong time and got caught in the gunfire," Greaves said.

A male victim who fled the scene was located later by police a few blocks away. He sustained a graze wound and an injury to his foot. That victim, who was transported to the Jersey City Medical Center, is said to not be cooperating with police at this time.