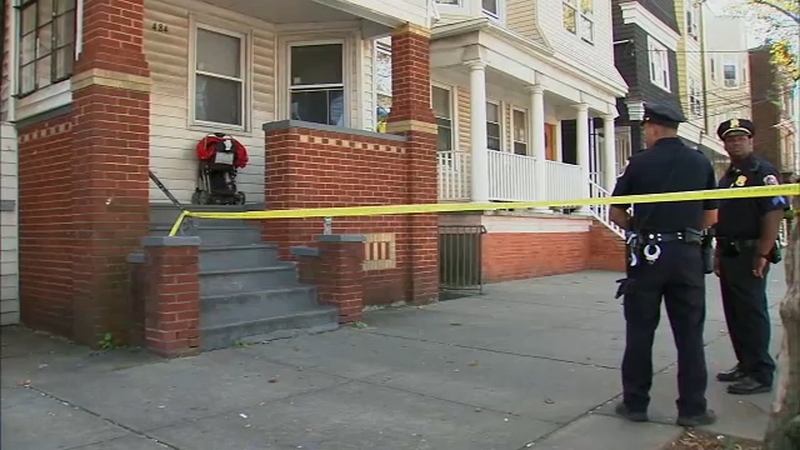 BAYONNE, New Jersey (WABC) -- Police have arrested a man who entered a New Jersey apartment and shot and killed a woman in a bedroom before escaping.

Tatiana Fuller lives on the first floor of a three-story home in Bayonne. The home is split up into six apartments - there are two on each floor. Two women live on the top rear-unit, which is now a crime scene.

Fuller says early Sunday morning after gunfire rang out, they came into the hallway and crossed paths with Anthony Shuler, 28, who was running down the stairs.

"He came downstairs, and I thought he was going to shoot me," Fuller said.

She says Shuler ran out of the apartment and up JFK Boulevard. That is when she linked up with the victim's roommate and went back into the apartment.

"We went back upstairs to find her friend dead in the bed - she got shot in the face," added Fuller.

Police confirm the man opened fire, fatally striking the victim in her face.

The roommate did return home hours later but did not want to answer any questions.

Fuller tells Eyewitness News they recognized Shuler, and he was someone who was often at the house.

Shuler has been charged with murder.