2 killed in fiery crash in Edison 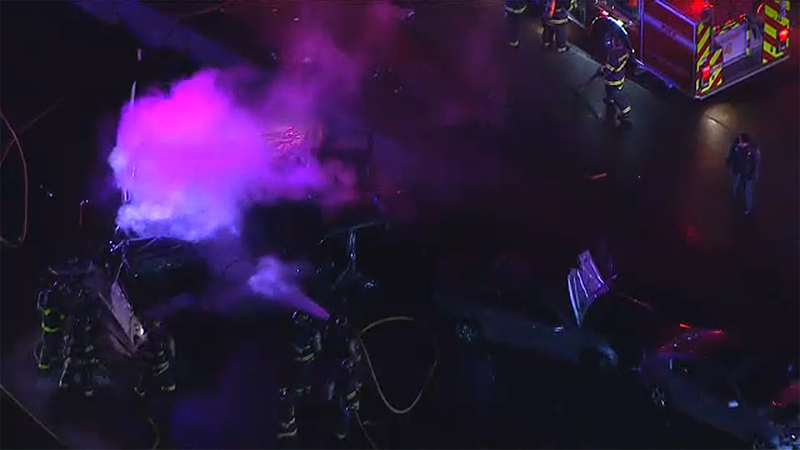 The accident happened shortly after 6 a.m. on southbound Route 440 near the I-287 split.

What happened in this accident must have looked absolutely unreal to the six people who lived through it.

The deadly chain reaction crash had cars up in flames and witnesses say they rose higher than the trees.

State police are looking into the possibility that a couple of the cars, just before 6 a.m., were involved in a fender bender, and were pulled over.

Police say that they think another driver crashed into that scene, causing a chain reaction pile up involving at least seven cars.

Newscopter 7 was overhead hours after the crash capturing mangled, smoldering, burned out cars.

The investigation and the cleanup is causing hours-long delays for holiday travelers.

The six survivors were taken to the hospital with non-life threatening injuries.