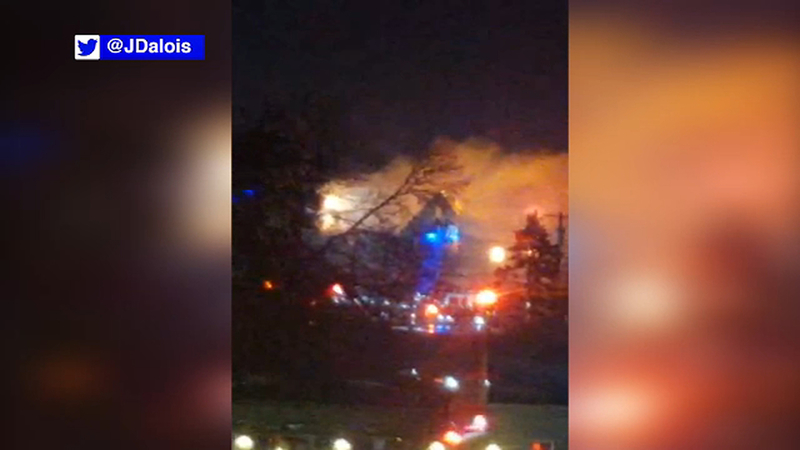 The flames broke out in the abandoned property on Wildcliff Road around 4:30 p.m. on Novebmer 26, at the site of an old mansion owned by the city that has been walled off for some time.

The investigation revealed the fire was suspicious in nature, and it was ultimately determined to be the result of arson.

Officials announced Wednesday that four 13-year-old children were arrested and charged as juvenile delinquents. They are all charged with third-degree criminal trespass, while one youth is also charged with fourth-degree arson.

Based on the age of the defendants, no further information will be provided.

Firefighters were able to prevent the fire from spreading, but they were unable to save the old stone mansion.

"It's an abandoned mansion, it's been abandoned for years," New Rochelle Fire Chief Andy Sandro said at the time. "The windows are boarded up and everything. I mean, the place is going to have to be razed."

The city had plans to restore the building but had not started that project.