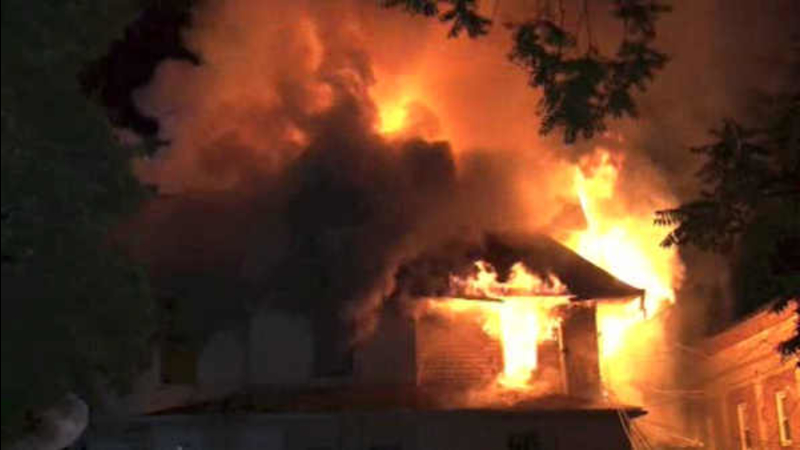 NEW ROCHELLE, New York (WABC) -- A woman has been found dead after a third-alarm fire burned through a large house in New Rochelle.

Heavy flames broke out at the home on Hamilton Avenue at around 11:45 Sunday night.

Police and firefighters found the house fully engulfed and heard people inside yelling for help.

Two male residents climbed out of a second-floor window onto the roof, then onto a nearby tree.

They then jumped about ten feet to the ground into the arms of officers, police say.

A search of the house revealed that a third resident, a 55-year-old female, was dead inside a second floor bedroom.

She has been identified as Loretta Wood. The cause of her death is under investigation.

It took several hours for firefighters to bring the blaze under control. Several firefighters were treated at the scene with oxygen.