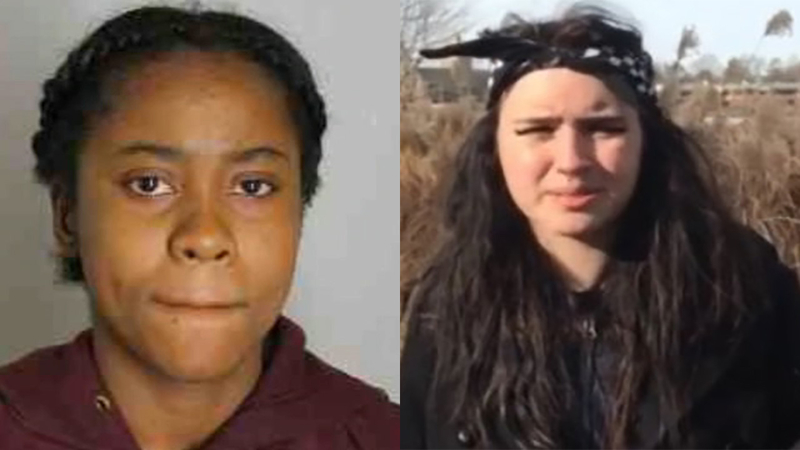 NEW ROCHELLE, New York (WABC) -- A teen pleaded guilty to manslaughter Thursday in the death of her classmate during a dispute near their high school last year.

Z'Inah Brown was 16 when she fatally stabbed 16-year-old Valaree Schwab inside a Dunkin' Donuts near New Rochelle High School on January 10, 2018.

Authorities say a group of teenagers first confronted and assaulted Schwab on North Avenue, resulting in a serious physical injury to the victim. Schwab also dropped her house keys, and one of her assailants picked them up.

Schwab then followed the group to the Dunkin' Donuts to get the keys, and the dispute again turned physical inside the business.

Brown stabbed Schwab, who was pronounced dead later that day at Jacobi Medical Center in the Bronx.

Two other teens, Dominique Slack and Carl Booker, both pleaded guilty to stalking for being part of the gang who stalked Schwab on that day.

Booker was sentenced March 29, 2019, to "shock probation," where he will be incarcerated in Westchester County Jail for six months and serve a total of five years' probation.

In February, Slack received the same sentence as Booker.

Brown had faced a top charge of second-degree murder prior to pleading guilty.

She is set to be sentenced on August 1.