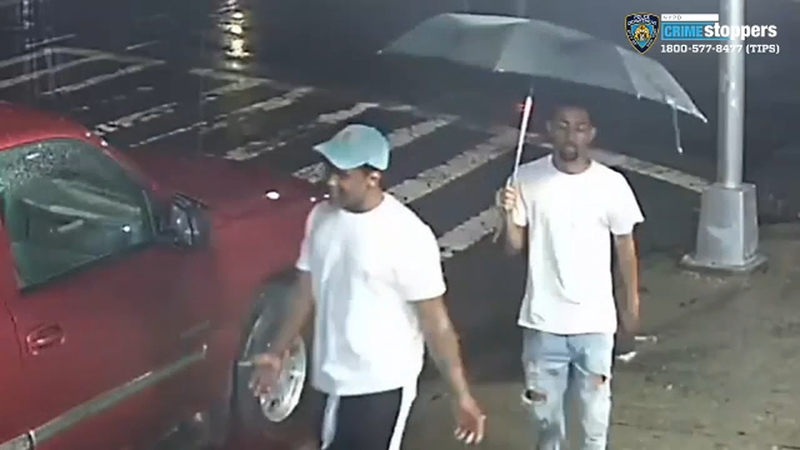 BRONX (WABC) -- Police have a better idea of who they are looking for in a deadly shooting in the Bronx.

It happened Thursday night at the corner of Field Place and Grand Concourse.

Recently released video shows a man accosting the victim, 31-year-old Richard Cepeda, in a building lobby and holding a gun to his head.

As Cepeda tries to escape, a second suspect punches him in the face and tries to block him.

The two suspects then shot at the victim as he tried to flee.

The first individual is described as a black man with a dark complexion. He was last seen wearing a black/yellow du-rag, a white shirt, blue jeans, black/white sneakers.

The second individual is described as a black man with a dark complexion. He was last seen wearing a light-colored baseball cap, a white shirt, black/white sweatpants, and dark-colored sneakers.