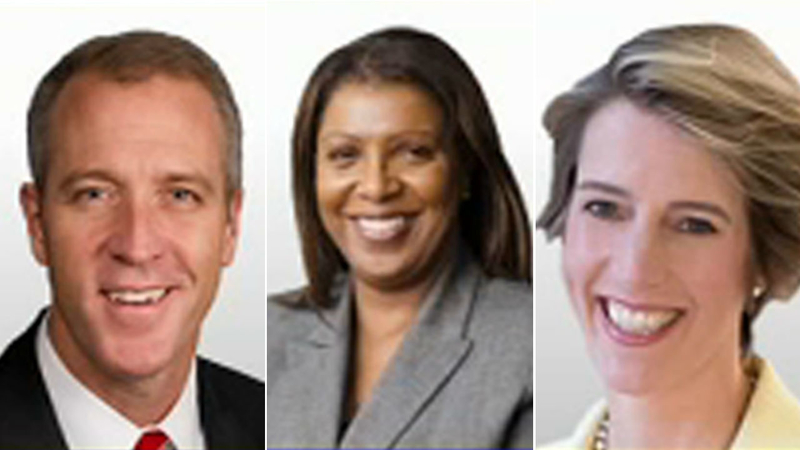 NEW YORK (WABC) -- Voters in New York will head to the polls for the state's primary this week -- and with three days to go, the Democratic primary for Attorney General is a tight race.

"We're obviously very happy that our message, about being the most experienced person to take on Donald Trump at this critical time, is obviously getting through," Maloney said late Monday.

His television commercial, funded in part by big real estate, has been hard to miss. It tells the story of his husband and three adopted children.

"Why wouldn't I show my family just the way every straight politician has done for years and years," Maloney said. "I'm proud of my kids and proud of my husband."

The most surprising ad comes from Teachout, who's pregnant. It shows her getting a sonogram and as the sonogram is conducted, she talks about Donald Trump and how she sued him the day after his inauguration. It closes with Teachout looking up into the camera from the sonogram table saying, "I'm Zephyr Teachout and you've never seen an Attorney General like me."

Also on Monday, James was busy with several campaign stops including a rally with women at City Hall.

"When women come together and vote as one then Letitia James will be the next Attorney General and I am confident of that!," James said to raucous cheers. She has been endorsed by Governor Cuomo.