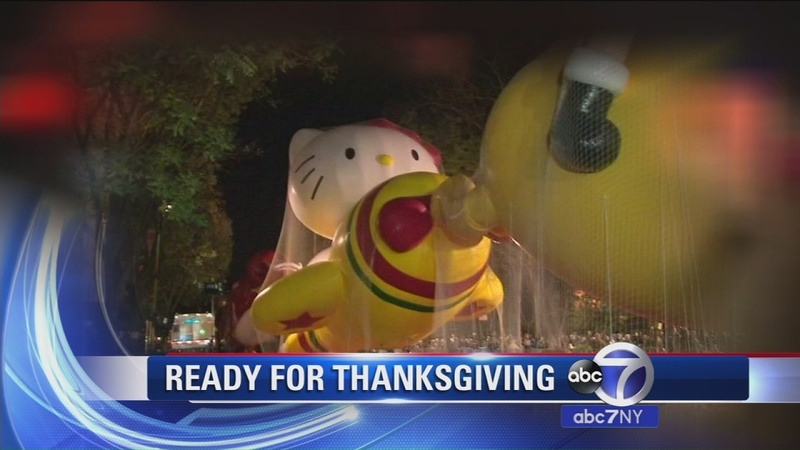 UPPER WEST SIDE, Manhattan (WABC) -- The most iconic part of the Macy's Thanksgiving Day Parade, besides Santa Claus, is the balloons!

24 of them will grace the sky during the parade. 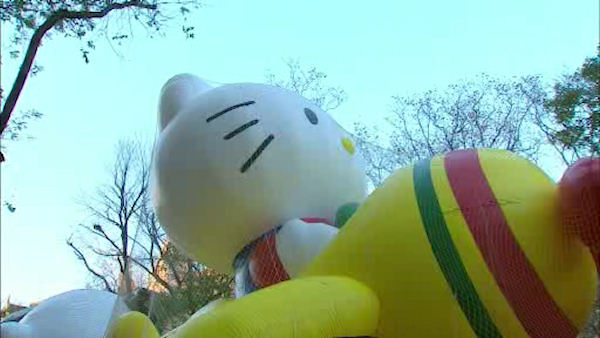 Wednesday, you onlookers marveled as they got a firsthand preview as they were inflated on the Upper West Side.

For 89 years the Macy's Thanksgiving Parade has captured the hearts and imaginations of generations, magnetically drawn to Central Park by a variety of larger than life balloons, floats, and entertainment.

With an anticipated crowd of more than three million, some families opted to get a sneak peak of parade preparations Wednesday night.

From Hello Kitty and the Kool-Aid Man to a familiar and funny face from the film Ice Age, there's something to appeal to the kid in all of us.

For many this is more than balloons and fanfare it's a timeless tradition that kicks off a fun filled day spent eating good food with loved ones.

Expect street closures between Columbus and Amsterdam and the Central Park Transverse at 81st Street.