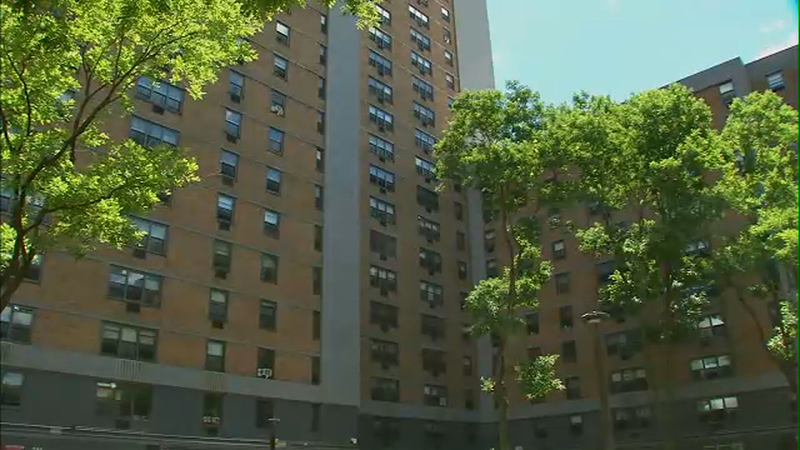 NEW YORK (WABC) -- A new program was announced Monday to use private contractors to fix up to 20,000 New York City Housing Authority apartments, a plan that will take more than ten years.

At Campos Plaza One in the East Village, there is a new look for NYCHA public housing.

Dereese Huff got a completely new kitchen, a heating and air conditioning unit that actually works, the breaker box was replaced and even the intercom is fixed and brand new.

"When I finally saw it all done I was amazed, I was shocked, I was impressed," said Huff, the Tenant Association President.

In the last year, almost all the news at NYCHA was bad, including lead poisoning that had the feds investigating, repairs that never got done at all, and heating was a big problem last winter.

The difference in the plan announced Monday is that NYCHA stepped aside. It's still NYCHA housing, but City Hall farmed out the work to a private developer.

Mayor Bill de Blasio announced that over the next ten years, 20,000 apartments will be fixed using private companies who will be doing the work for the housing authority.

"Our goal and we felt it from the beginning is to fix NYCHA, building by building, brick by brick," said the mayor.

"If NYCHA has been in charge of this and it had been only NYCHA?", we asked Huff. "It would have never happened, never," she said.

Dereese says she couldn't be happier with about $90,000 in work at her apartment.

"It makes me lift up and actually cry sometimes, compared to the damage from Hurricane Sandy to now, what we have now," she said.

The courtyard there that was repaired after Sandy certainly doesn't look like NYCHA housing. And this may all serve as a blueprint for how the authority finally starts to fix things.