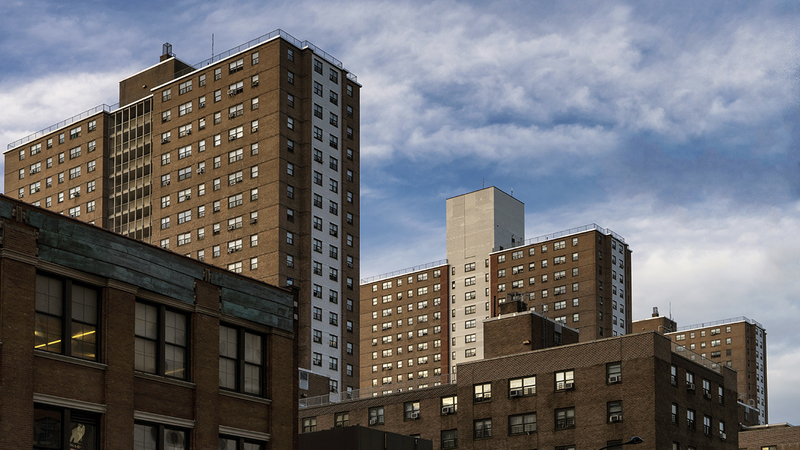 NEW YORK CITY (WABC) -- "I wasted three hours today when I could have been at work," says Monica Corbett, President of Pomonok Houses Tenant Association in Fresh Meadows, Queens.

She's angry with NYCHA for scheduling lead inspectors and requiring her to be at her apartment during her usual work hours. The inspectors did not show.

NYCHA began lead inspections in October, but the agency is now rushing to complete them in public housing apartments with young children. This as several law enforcement and regulatory agencies investigate NYCHA's failure to perform required lead paint inspections.

Public Advocate Letitia James notified the mayor's office and the city Health Department on Tuesday that she too is launching her own investigation.

Two weeks ago, the NYC Department of Investigations revealed NYCHA falsely certified lead inspections for at least two years at more than 4,000 apartments with children aged six and younger.
At the Pomonok Houses, there are 191 apartments with young children out of 2,071. Most of them were inspected on Monday, but a few dragged into a second day.

Corbett met us as she rushed to her office in Midtown, telling us she's upset the agency filed false reports and is now trying to correct them.

"I mean to lie and then admit it, okay, but don't try to fix your lie by making us have to take off work to fix your mistake," Corbett said.

The Public Advocate told us, "Failing to keep our children safe and healthy is unforgivable."

Some also want NYCHA's Chairperson, Shola Olatoye, to be fired, but Mayor Bill de Blasio has defended her saying she is beginning to turn things around at NYCHA.