Is there an uptick in poison ivy across New York City? 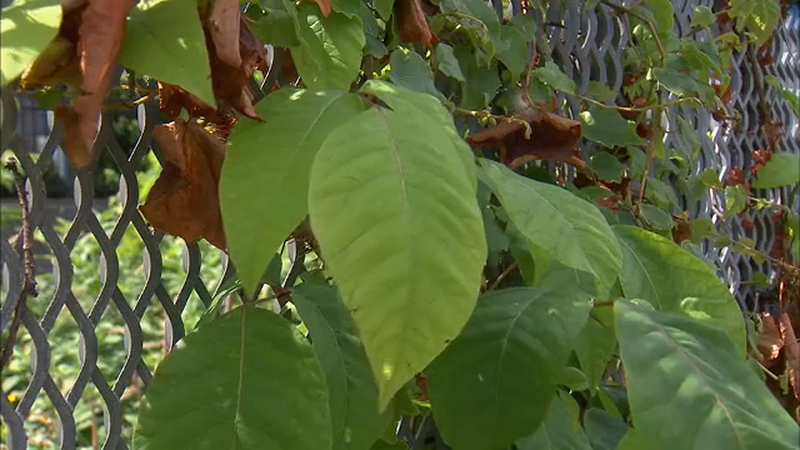 Is there an uptick in poison ivy across New York City?

LONG ISLAND CITY, Queens (WABC) -- Residents across New York City have been reporting an uptick in poison ivy growth this summer, and in one neighborhood in Queens, a large overgrowth of the weed is causing big concern for pedestrians.

It's not uncommon to see overgrown brush on city fences and sidewalks this time of year, but one bush by Jackson Avenue in Long Island City is more than meets the eye and is causing more than just some minor irritation.

"I had absolutely no idea that was poison ivy," one resident said.

In the meantime, someone has placed a sign warning of the poison ivy -- and vines just like it have been popping up all over the city.

"I only knew it because of the sign," another resident said. "Honestly, I couldn't tell you if something was poison ivy or not."

The parks department says that when 311 calls come in, they send out crews to cut down the poison ivy. And with warmer winters, the city tends to see more of it in public spaces.

"If you come in contact, the first thing you want to do, probably, is wash it off with hot water and soap," parks department Forest Restoration Project Manager Rich Love said. "There's also some products out there that help take the oils off, because it's the oil in the poison ivy that carries the toxin."

But one fence sits over the LIRR tracks and belongs to the MTA. Shortly after we arrived, crews came to cut the itchy fast-growing vines.

The MTA says they will be back in a few days to spray and finish the job.