Mayor de Blasio's presidential bid may be nearing an end 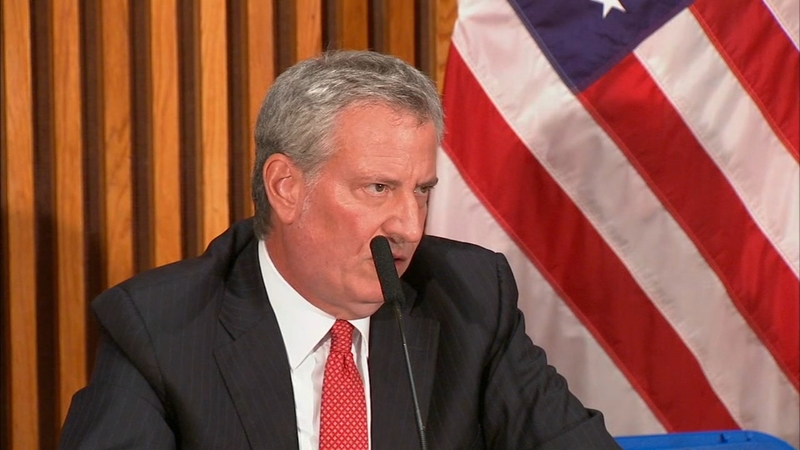 NEW YORK CITY (WABC) -- New York Mayor Bill de Blasio says it will be "really tough to conceive of continuing" his presidential run if he does not qualify for the October Democratic debate.

He said that deadline is Oct 1.

"I don't think the debates are the end all be all. The polling bears that out, the debates have had actually very little impact on polling. But they are kind of the main street of the dialogue. So obviously I wanted to get into the September debates. That wasn't possible," he explained. "I'm going to try to get into the October debates if I can. I think that's a good reason to keep going forward and if I can't I think it's really tough to conceive of continuing."

There are still 20 Democrats in the race for the 2020 presidential nomination. Six, including New York Senator Kirsten Gillibrand, have dropped out.