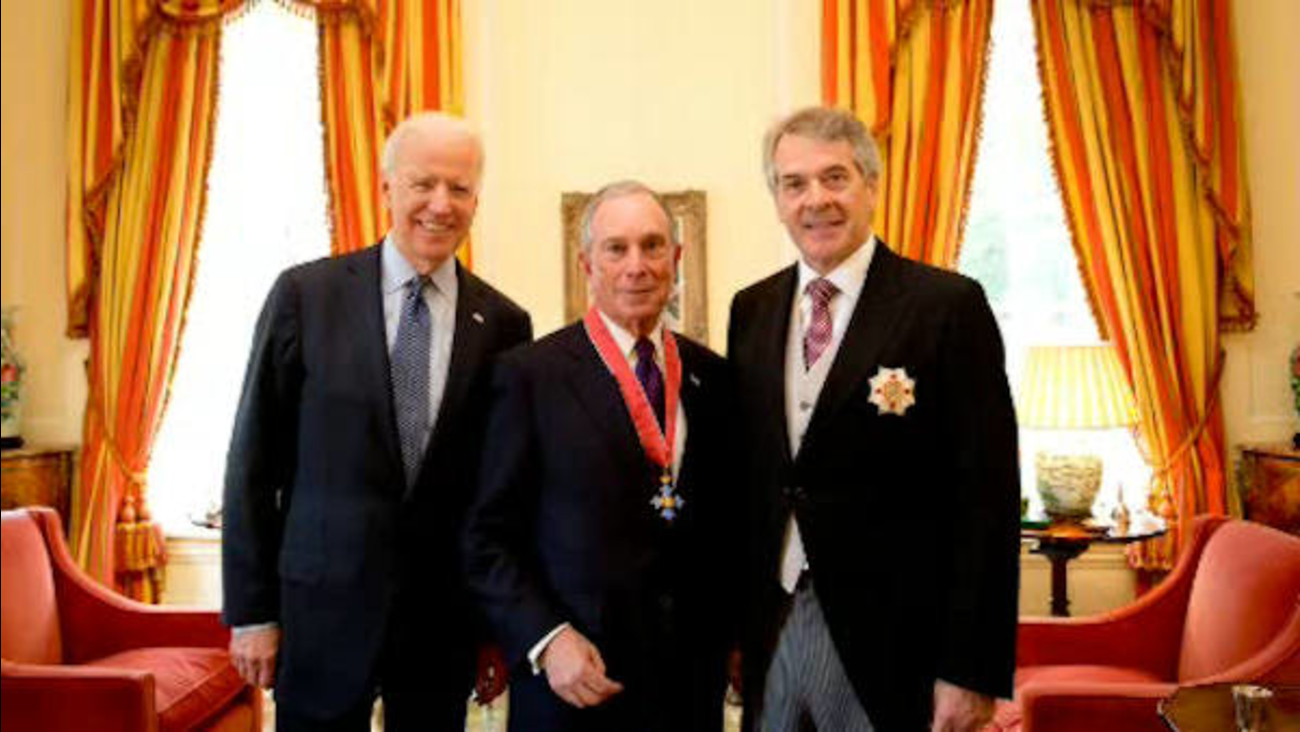 But don't call him Sir Bloomberg, that title is reserved only for Brits.

He was bestowed the honor Wednesday by the British ambassador.

Bloomberg also alluded to recent reports that he's thinking about running for Mayor of London.