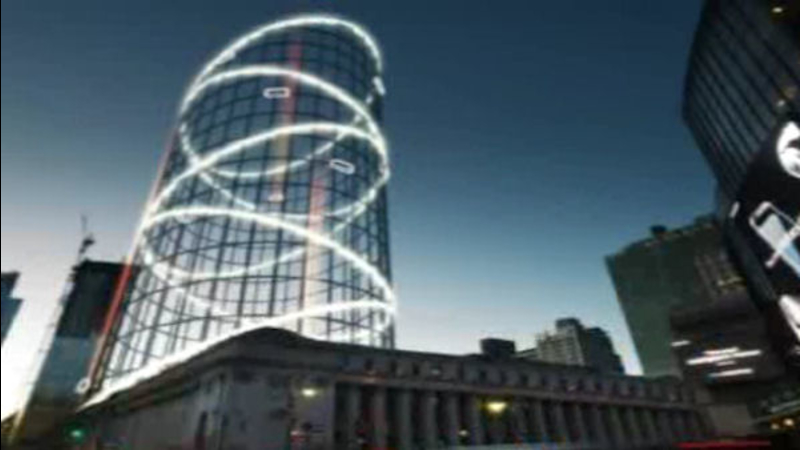 NEW YORK (WABC) -- The next tallest structure in Midtown may not be a building, but a thrill ride on top of an existing one.

A developer wants to construct the tallest tower ride in the world and put it above Penn Station. So imagine, if you will, a circular steel tower rising up from the Farley Post Office Building or Madison Square Garden.

Alexandros Washburn wants to develop it and call it Halo, and yes, it would very much be a ride.

Other developers are also offering proposals to the state for either site, answering the call for something that would captivate the world's attention and generate economic development.

For Washburn, a ride like this would accomplish that. It would be much like the London Eye Ferris wheel, but more suited to New York.

"We wanted something more vertical, more up and down, more New York," he said. "And this is it."

Washburn expects that 3.5 million people would ride each year, and with tickets costing $35 each, it would make money. Revenue would go back to the state and to fix the decaying infrastructure at Penn Station.

And that's something Washburn knows about, having been part of Penn Station's redevelopment corporation in the mid 1990s.

"There is inadequate exits, egress, light, air, everything is wrong with it," he said. "We have to fix it...The Halo could be the angel that saves Penn Station this time around."