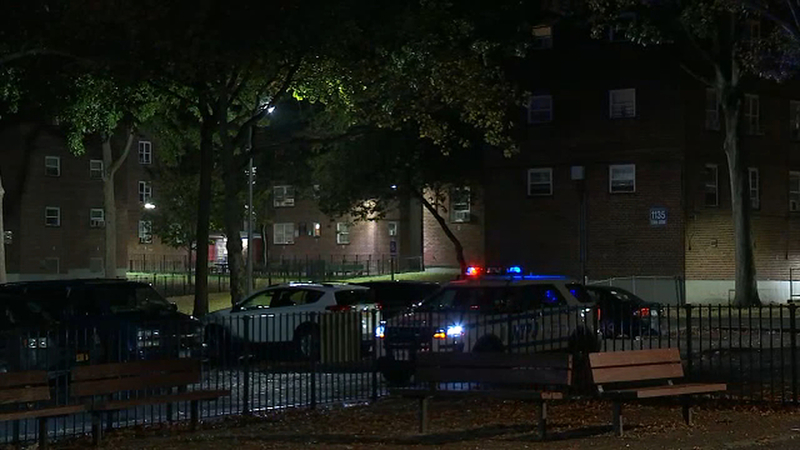 Police said that Officer Brian Mulkeen died after being struck by friendly fire.

NYPD Commissioner James O'Neill said Mulkeen was hit twice by police bullets while wrestling with an armed man during the confrontation near the Edenwald Houses.

The suspect, identified as Antonio Williams of Binghamton, has various prior arrests according to police and was also killed.

In response to the officer's death, Mayor Bill de Blasio said Wednesday night that New York City would step up efforts to stem the violence in the area of the Edenwald Houses.

The city said it is temporarily expanding anti-violence and anti-gang services to Edenwald as it develops a long-term strategy to keep the area safe.

The steps include six violence interrupters to help mediate conflict and connect individuals to services.

The NYPD also released video from Thursday night of a shootout at the complex, two nights before Mulkeen was killed

Increased tensions between rival gang factions in the city-run complex, mostly over sales of $5 marijuana bags, led to the gunfire depicted in the video.

Up to 30 shots were fired. No one was struck, and the NYPD is now looking for nine suspects.

The next night, the Bronx anti-crime task force was sent in to find the guns, and Mulkeen caught a 27-year-old man carrying a Smith & Wesson .40-caliber revolver.

On Saturday night, officers assigned to the task force were patrolling the area when Mulkeen spotted the suspect with a .32 caliber handgun, leading to the fatal confrontation.

A wake for Officer Mulkeen will be held Thursday from 1 p.m. to 4 p.m. and 6 p.m. to 9 p.m. at Smith, Seaman & Quackenbush Funeral Home, located at 117 Maple Avenue East in Monroe.