10-year-old boy dead, mother critical after being hit by sanitation truck in Queens 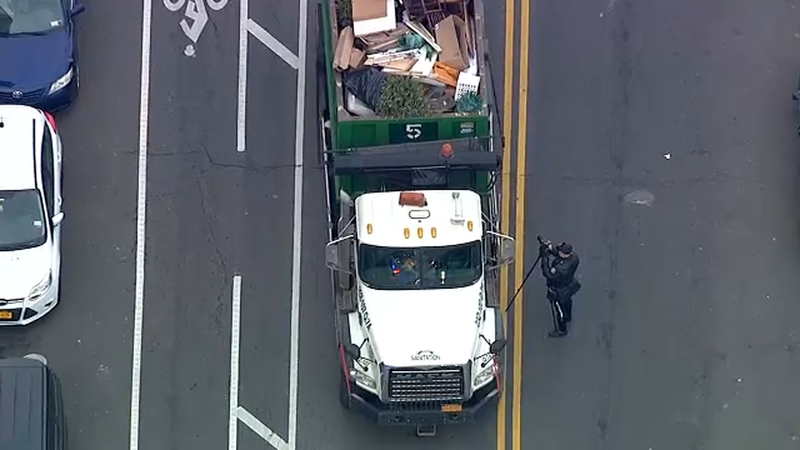 CORONA, Queens (WABC) -- A 10-year-old boy is dead and his mother is in critical but stable condition after they were struck by a city sanitation truck in Queens Tuesday morning.

The victims were struck after the truck turned onto 57th Avenue in Corona just before 7 a.m.

Authorities say the 40-year-old woman broke her left leg, while her son suffered internal injuries throughout his body.

They were both rushed to Elmhurst Hospital, where the boy later died. He has since been identified as Shree Panthee.

It was initially believed the woman would lose her leg, but doctors were able to save it.

Heartbreaking news out of Queens.

We’ve lost a child after a crash involving a Sanitation vehicle. His mother is in stable condition. An investigation is underway. The driver has been suspended pending the results.

Please keep this family in your thoughts today. https://t.co/B1KYGV2uBt

The 40-year-old driver of the city sanitation truck stayed at the scene.

Officials say he had just picked up dumpsters from LeFrak City and was making a right turn when he ran over the victims.

A witness said that he called 911 as the boy lay unconscious. He described the mother as frantic.

"When they were crossing, she was running," Roberto Barrito said. "'Stop, stop, stop, you're gonna hit her,' and he kept coming. She was trying to reach out for the baby, but she couldn't because the leg was broken."

Police say the mother and her child were exiting their apartment building as the driver was pulling out of the driveway. Many residents say those gates and barrier create blind spots.

"There's been a lot of complaints that we've received in the last couple of months," City Council member Francisco Moya said. "We've been calling for more crossing guards. We have two schools on this area right here. We have over 20,000 residents living in this area."

Friends say the family is part of a tight-knit Nepalese community in Corona.

"She's friendly," Prakas Tuladher said. "And every time we meet each other, she respects everybody."

Police say the driver of the truck has been suspended, pending the results of the ongoing investigation. So far, no charges have been filed.

"We take this tragedy extremely seriously, and the collision is currently under investigation," the Department of Sanitation Department said in a statement.

In an unrelated incident, a 68-year-old woman walking with a cane was fatally struck by a truck in Brooklyn Tuesday.

It happened at 49th Street and New Utrecht Avenue in Borough Park.

The 48-year-old driver stayed at the scene.

"The pilot program that's already in place that separates the time for drivers and pedestrians should be replicated for all intersections in New York City," council member Ydannis Rodriguez said. "It's unfair to give the light for a driver to turn and for the pedestrian to cross at the same time."