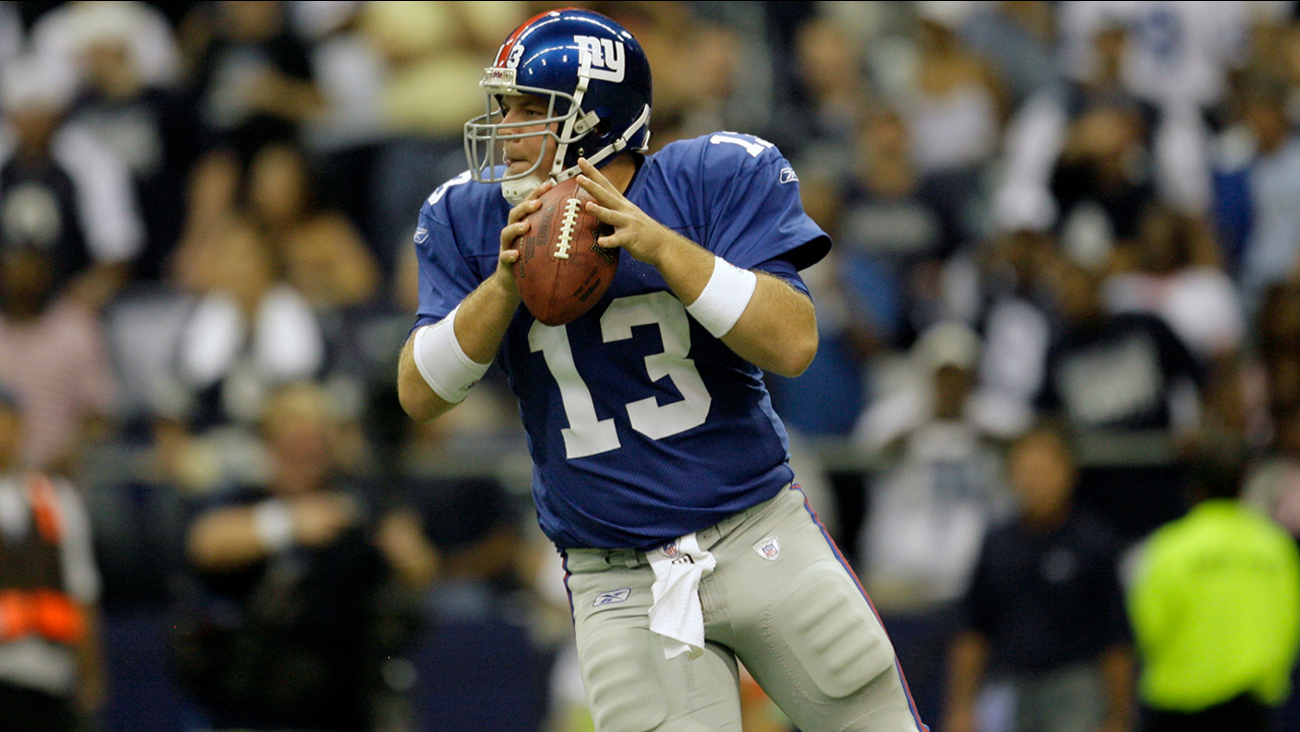 Lorenzen, who battled weight issues both during and after his playing career, was hospitalized last week.

"It is with heavy hearts that the family of Jared Lorenzen would like to extend our sincere thanks and appreciation for all of your support and prayers over the past 6 days," Lorenzen's mother, Janet Hermes, said in a statement. "We are deeply saddened to announce the passing of Jared today, July 3, 2019. Again, we appreciate all of the warm wishes and prayers, but as a family, we would request your respect and privacy at this time. We will offer arrangement information in the coming days. Please keep Jared's family and especially his children, in your thoughts and prayers."

Lorenzen became a star at Kentucky because of his record-setting passing accomplishments and his size.

Lorenzen signed as an undrafted free agent with the Giants in 2004 and spent parts of four seasons with New York.

He signed with the Indianapolis Colts in July 2008 but was waived before the start of the season.