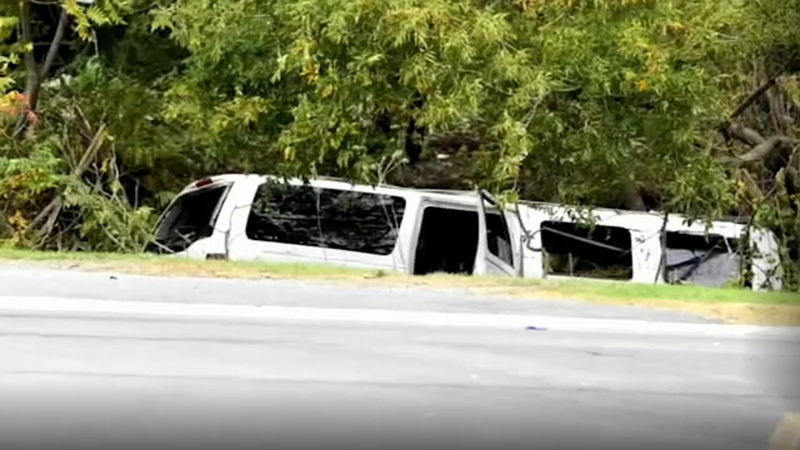 The board released safety recommendations almost a year after a Ford Excursion SUV that had been modified into a huge stretch limo blew through a T-intersection in rural Schoharie and went into the woods. The crash near a popular country store on Oct. 6, 2018, killed the driver, 17 passengers on a birthday outing and two pedestrians.

The safety board recommended to the National Highway Traffic Safety Administration that lap and shoulder seat belts be required on all new vehicles modified to be used as limousines. The agency also recommended that seating systems in these vehicles meet minimum performance standards to ensure their integrity during a crash.

The carnage in the Schoharie crash, the board wrote, "might have been mitigated by a combination of adequate seat integrity, well-designed passenger lap/shoulder belts, and proper seat belt use."

None of the 17 passengers appeared to have worn available seat belts at the time of the crash, the board said, and the belts were poorly designed and "would not have provided adequate protection."

Prosecutors in New York allege the limo company's operator, Nauman Hussain, allowed an improperly licensed driver to operate an "unserviceable" vehicle. Just weeks before the crash, the limo had failed a state inspection that examined such things as the chassis, suspension and brakes.

Hussain has pleaded not guilty to criminally negligent homicide, and his lawyer has said investigators rushed to judgment. His trial is scheduled for January.

The national safety board had publicly complained previously that law enforcement officials had delayed the agency from doing a full inspection of the wrecked limo, putting off potentially crucial safety recommendations. The Schoharie County District Attorney argued that criminal trials take precedence. The two sides reached a deal in court in January that cleared the way for NTSB investigators to access the vehicle.

Parents of people killed in the crash and another limo wreck on Long Island in 2015 that killed four young women on a winery tour have asked state lawmakers to tighten limousine regulations.