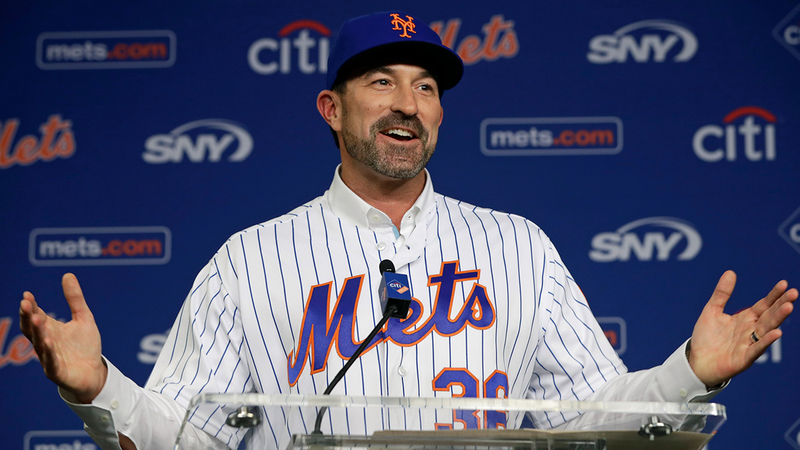 NEW YORK CITY (WABC) -- A strong finish was not enough to save Mickey Callaway, fired as New York Mets manager after his second season on the job.

The move Thursday, which was widely expected, comes four days after New York wrapped up an 86-76 season that marked a nine-win improvement over his 2018 debut.
But a strong second half wasn't enough to save the embattled Callaway, who had one year remaining on his contract. New York went 46-26 following the All-Star break and made an unlikely charge into the National League wild-card race, only to be eliminated during the final week.

While the persistent Mets certainly made strides , it's no surprise general manager Brodie Van Wagenen wanted to make a change and bring in his own choice to manage the team. The 44-year-old Callaway was hired under previous GM Sandy Alderson and retained after Van Wagenen, a former player agent, took the job nearly a year ago.

A confident Van Wagenen, after upgrading the roster during his first offseason, challenged rivals in the competitive NL East to "come get us." But the Mets finished third in the division behind Atlanta and Washington, left out of the postseason for a third year in a row.

On the final day of the season, Callaway said he'd been packing up his New York apartment since last week and planned to spend 19 hours driving home to Florida on Monday and Tuesday.

He said he'd had no in-depth discussions with the front office about his future yet but felt no anxiety either, because he "left everything on the field."

Callaway was named the Mets 21st manager in club history on October 23, 2017.

So far, seven MLB teams will be seeking new managers in the offseason.

--
With information from the Associated Press