Man screams 'I'm coming for you,' chases teen into traffic in Queens, where she's hit by car 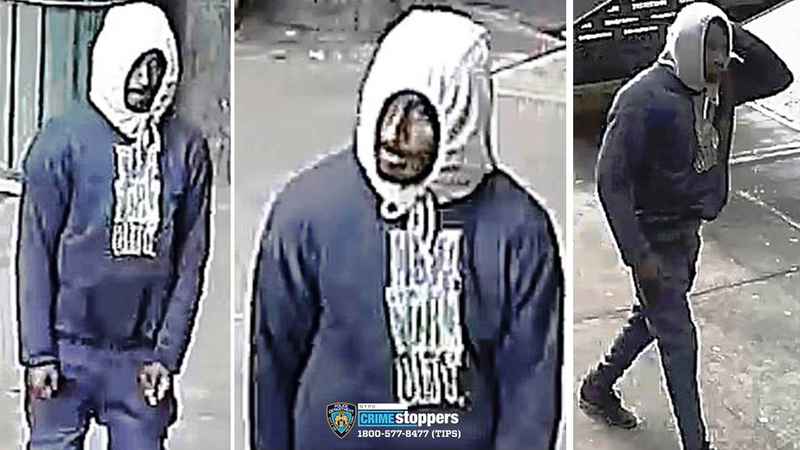 Man screams 'I'm coming for you,' chases teen into traffic in Queens, where she's hit by car

RICHMOND HILL, Queens (WABC) -- The NYPD is searching for a man who chased a teenage girl into oncoming traffic in Queens, where she was struck by a vehicle.

It happened just after 7:30 a.m. on Friday, December 6, at the southeast corner of 110th Street and Jamaica Avenue in Richmond Hill.

Police say the 14-year-old victim was approached by an unknown male who was screaming, "I'm coming for you," before chasing her.
EMBED More News Videos

Scared for her life, the victim ran into traffic and was struck by a 2001 Audi A6.

The driver of the vehicle remained on scene, and the girl sustained serious injuries to her legs and waist.

EMS rushed her to Cohen Children's Medical Center, where she remains in stable condition.

Video released by the NYPD shows the suspect randomly approaching and screaming at several other people on the street, and many in the area say he is known to them.

They said he sometimes screams at riders boarding the train or repeatedly cocks his fist back at pedestrians as if he's about to take a swing.

The suspect is described as a male in his mid 20s, approximately 5-foot-9 and 150 pounds, with a medium complexion, a mustache and a goatee. He was last seen wearing blue sweatpants, a blue sweatshirt with white lettering on the front, a white hoodie and black sneakers.