Man bursts into flames after police hit him with stun gun 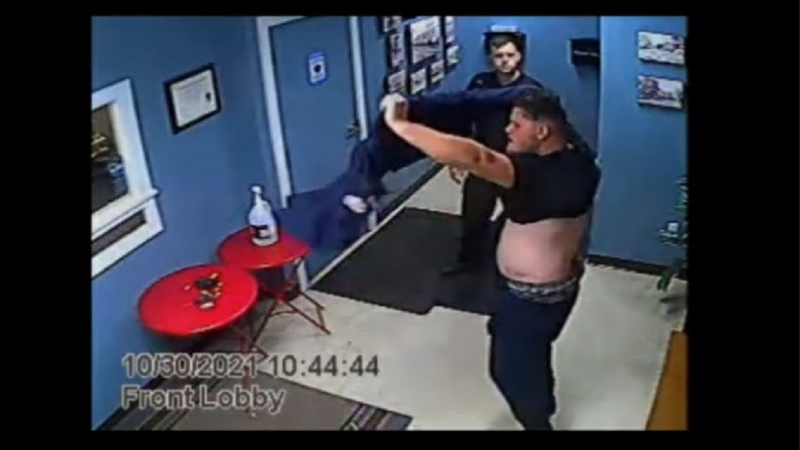 Man bursts into flames after police hit him with stun gun

CATSKILL, New York -- Graphic video made public Friday shows a man who doused himself in hand sanitizer bursting into flames when a police officer used a stun gun on him at a New York police station in October.

Security footage released by the state attorney general's office shows Jason Jones, 29, rolling on the floor in the Catskill police station lobby and rubbing his head to stop the flames.

Jones, who was taken off life support in December after six weeks in intensive care, was on fire for about 25 seconds and appeared to have burns on his upper back.

The attorney general's office released the security footage as part of its investigation into Jones' death.

Prior to being hit with the stun gun, the shirtless Jones is seen in a tantrum, ripping his hoodie and undershirt off, throwing a shoe at a table and knocking over a jug of hand sanitizer as three officers look on.

A few minutes later, Jones picks up the jug of hand sanitizer and squirts the liquid on his back and head. An officer then takes out a stun gun and shoot Jones with it and there's a flash of light on the video as Jones bursts into flames.

Police Chief Dave Darling said officers in Catskill, about 33 miles (53 kilometers) south of Albany, were familiar with Jones from previous encounters and were likely afraid he was going to hurt himself.

Jones had been a standout track and basketball athlete at Catskill High School more than a decade ago, The Times Union reported.