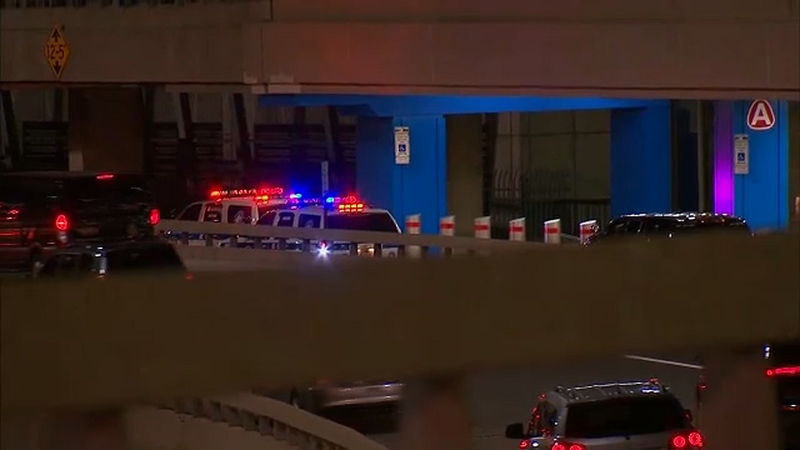 NEWARK, New Jersey (WABC) -- Passengers at Newark Airport left the terminal in a panic after an alarm went off, Port Authority officials report.

Around 8:30 p.m. Monday, an Alaskan Airlines employee approached two men at Gate 30 in Terminal A. When both men fled the area, the employee became concerned and hit an alarm, officials report.

Gate attendant yelled “evacuate” and then the whole terminal ran for any exit possible. All ended up on the tarmac and police have detained one person @EWRairport #newark pic.twitter.com/aeswm7plon

The two men were identified, and were questioned by the Port Authority Police Department. They were not charged and were released.

The flight attendant was also questioned by police.

Port Authority Police said there is no danger to anyone at the airport, and the situation is under control.

"We sincerely apologize for the experience our guests and other airline passengers had at Newark last night. Alaska Airlines values the safety of our guests as our highest priority. We're conducting a thorough investigation to determine what occurred. In the meantime, the impacted Alaska guests were provided hotel accommodations for the night and rebooked on a flight departing Newark this morning."