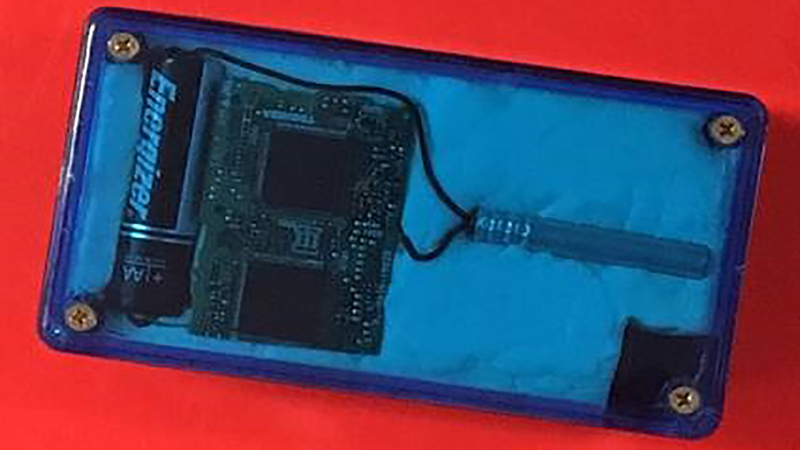 The man claimed he was on the way to a police training seminar in Panama City, Florida, authorities said.

He was stopped for bringing an item he said he planned to use for a demonstration at the seminar.

The man had just arrived in Newark from Tel Aviv, Israel.

The TSA said he was headed to a training event focused on X-ray detection of explosive devices and was carrying a test item that was built and designed to mimic a fully-assembled bomb when viewed on an X-ray monitor.

The item was a realistic replica explosive device.

TSA officials notified Port Authority Police, who responded to the scene and after conferring with TSA explosives experts, officials contacted the Essex County Bomb Squad to ensure that the item was not a bomb.

"Security is no joke," said TSA's New Jersey Federal Security Director Tom Carter. "Our TSA Officer who was staffing the X-ray monitor identified what appeared to be a fully assembled IED and reported it to her supervisor. Everyone reacted to the event properly. Law enforcement was called in and a safety perimeter was established until such time as it was deemed safe to resume normal operations."

The TSA noted the "traveler should have realized that the item he was carrying would look highly suspicious to TSA officers and should not have brought the item to the checkpoint."