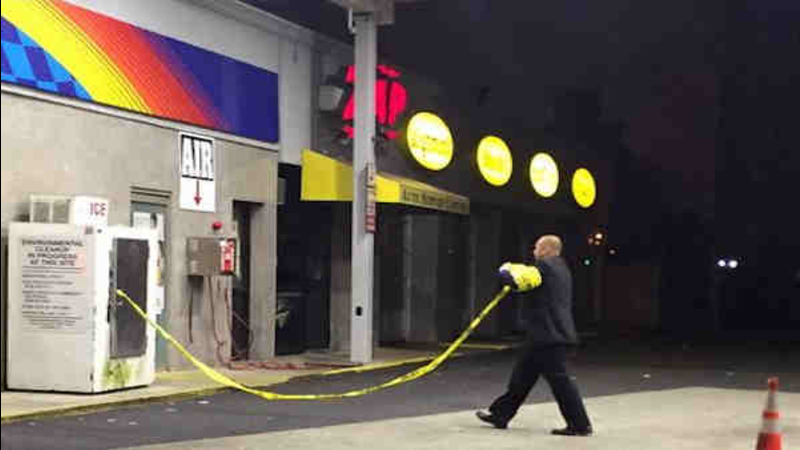 NEWARK, N.J. (WABC) -- One suspect was shot Thursday morning and another is under arrest after a police officer interrupted a robbery at a 24/7 food mart in New Jersey.

According to two cashiers in the store, which is at Washington and Court streets in Newark, one suspect was armed with a gun and wearing a mask while the other appeared to be the lookout.

At the same time, a Newark police officer came into the store and shot the suspect who was armed in the chest. He arrested the second suspect.

Two gas station workers tell us the story of how an officer stopped an armed robbery. @ABC7NY #Newark pic.twitter.com/9bZrpej82I

The suspect who was shot was taken to University Hospital. He is in critical condition.

The officer, who was on duty at the time, was not injured.

The Essex County Prosecutor's Office is investigating a shooting incident.