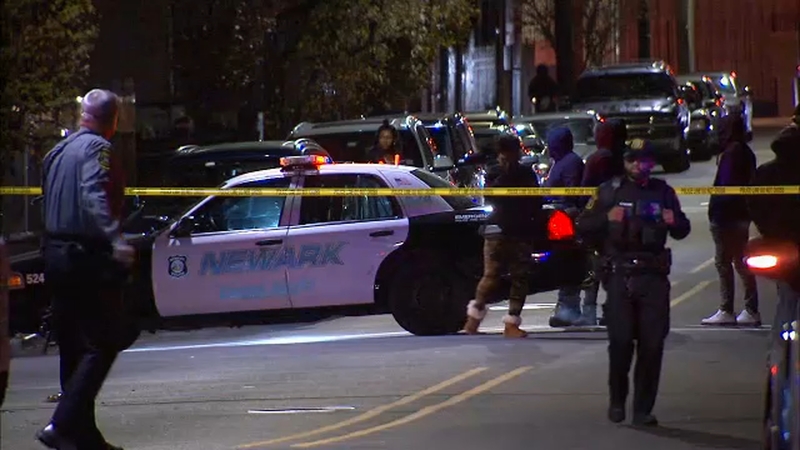 The latest shooting happened Tuesday night at a barbershop on Clinton Place.

A 20 year old man is dead after someone shot up a barber shop last night in Newark. #abc7NY https://t.co/EMk0yfGNVs pic.twitter.com/2WQOV7mgyG

One person was killed and two others wounded, one of whom is said to be hospitalized in critical condition.

The fatality was identified as 22-year-old Sabor Townes, whose father owns the shop where the shooting took place.

Additionally, Newark police say an officer was assaulted while attempting to control a crowd that gathered at the scene.

On Monday night, four were people shot - one fatally - in the 100 block of South 8th Street.

An eyewitness said it sounded like a gun battle, with multiple people firing.

Officials identified the fatality as 49-year-old Hassan Webb, who they say was caught in crossfire while walking home. He was pronounced dead at the scene.

"So he was a real fun-loving guy, dedicated to what he was doing every day, got up every day and went to work and he loved his wife," said nephew Rakim Singleton.

Webb was known for helping to raise his nephews after their mother passed away years ago, and his love and patience helped to sustain the entire family.

"So this is real close," said Singleton. "It's not like an uncle or nephew that you didn't see all the time. We grew up in the same household. He was only seven years older than me so we was real close."

Relatives say Webb had just moved into the area recently with his wife of over 20 years.

The other victims of Monday's shooting were taken to University Hospital, where they remain in stable condition. Police say the two shootings are not related.

Anyone with information is asked to contact the Essex County Prosecutor's Office Homicide/Major Crimes Task Force tips line at 1-877 TIPS- 4EC or 1-877-847-7432.

No arrests or suspects have been announced in either shooting, and Newark police continue to search for multiple gunmen.