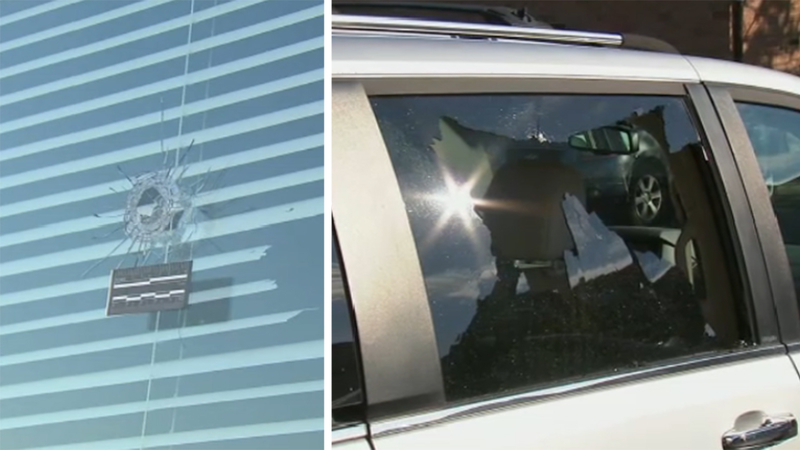 NEWARK, New Jersey (WABC) -- A 12-year-old boy was wounded when someone fired at least one shot into a Newark home during an apparent drive-by shooting, authorities said.

The shooting occurred shortly before 10 p.m. Friday at a 17th Avenue home in the Central Ward.

The child was inside the home when he was struck by a shot that apparently entered the residence underneath a front window, a city police spokesman said.

Officials say the fight broke out in the mall's food court during a packed day of Black Friday shopping.

"Thankfully, the young man is going to be okay," Newark Public Safety Director Anthony Ambrose said. "He is very lucky to be alive. We recovered the vehicle involved, unoccupied. Our shooting detectives are actively following leads."
The boy was treated at a hospital and was later released, but his name and further details on his injuries were not disclosed.

Officers found the vehicle from which the gun was believed to be fired, but it was unoccupied.

Ambrose explains that several variables are contributing to the number of illegal guns used in committing violent crimes.

"Often, these guns have been stolen from people who own them legally. And, COVID-19 isn't helping, with the early release of offenders who are now re-offending," Ambrose said.

They are searching for the gunman.