1 dead, 15 hurt after house explosion in Elizabeth, NJ; all now accounted for 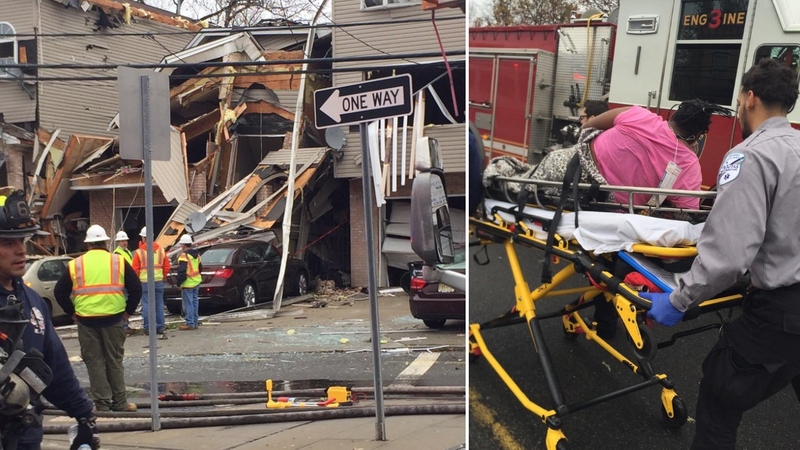 1 dead, several others injured and displaced after house explosion in Elizabeth

ELIZABETH, N.J. (WABC) -- One person is dead, 15 injured following an explosion at a house in New Jersey. A person who was earlier unaccounted for has been found safe.

The blast happened at 8 a.m. Wednesday on Magnolia Avenue between Catherine Street and the Route 1 overpass in Elizabeth. A "gas episode" is the cause of the explosion, said Elizabeth Mayor Chris Bollwage; the investigation continues. Crews were digging up much of the avenue in search of the cause.

Officials said there were no complaints Tuesday of gas; however, when crews arrived at the scene, there were people in the neighborhood who told first responders that they smelled gas.

A fire broke out after the explosion, which happened on the second floor, but it self-extinguished.

Surveillance video captured the blast from about a block away:

An Eyewitness News viewer captured this video just after the blast:

Emergency officials said the person who died is a man in his 20s. He was found in the second floor rear of the building that collapsed. His name has not yet been released.

RELATED: Victim in Elizabeth explosion describes scene as a nightmare

Here's radio traffic from when first responders initially arrived at the scene:


Emergency responders immediately started combing through the rubble, where they found several of the victims. The building was searched with no other victims located. Rescuers used dogs to search the debris further.

The majority of the damage is in the back of the home. Most of the people inside were in the rear of the building at the time of the blast. Some were sleeping.

Here's a look at what the buildings looked like before the explosion from Google Maps Street View. The blast occurred in the center unit:

The building where the explosion occurred is a two-family duplex. The explosion demolished the two houses on either side of the home. All three houses were new construction.

The explosion also blew out windows along a two-block radius, and some nearby residents were thrown out of bed, according to a Union County spokesperson.

The area is cordoned off in a three-block zone from Route 1/9 to Madison Avenue.

Here are some photos from the scene: 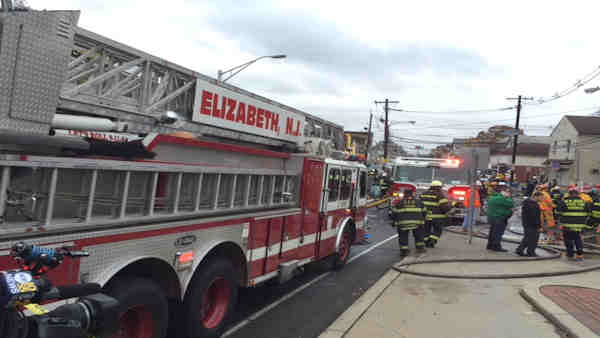 The Red Cross is on scene assisting families. There are at least 30 people affected. Coshma Baker cut up his feet on broken glass after the explosion knocked him out of bed in the morning. Wednesday night he was staying at the Red Cross Center as he relived the chaos.

"I got up, I'm looking at the guy next door in the window and he's yelling, 'Come on, come on!'" Baker said. "You seen the house, look at it! Second floor in the first floor, unexplainable, unexplainable."

They are providing assistance for temporary lodging. There is a staging area at the Second Macedonia Baptist Church, 1251 Fairmont Ave.

Barbara Fortes returned to the block for the first time since the explosion. She's lived three doors down for 52 years, but just happened to be away Wednesday morning.