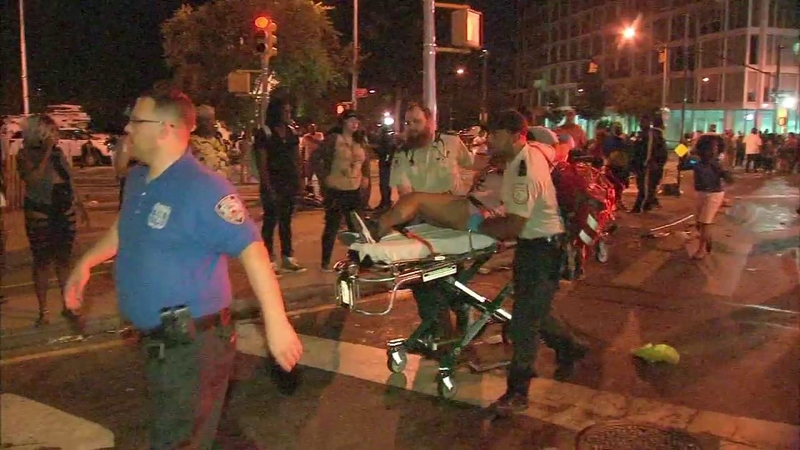 FLATBUSH, N.Y. (WABC) -- One person was killed, four others wounded in a series of shootings and a stabbing at the start to the annual J'Ouvert Festival in Brooklyn early Monday.

There were three other shootings in the area:

1. The first happened on Bedford Avenue near the intersection of Montgomery Street at about 3:45 a.m. Carey Gabay, 43, was shot in the head. He's Gov. Andrew Cuomo's first deputy counsel and listed in critical condition. Click here for more details on Gabay.

2. Another shooting happened at Bedford Avenue and Sullivan Place. Police said a 21-year-old was grazed by a bullet on his hand. A 21-year-old man is in custody in connection with this shooting.

3. A third shooting occurred at Nostrand Avenue and Martense Street. According to police, a 39-year-old was shot twice in the torso area. The victim is currently in stable condition.

The J'Ouvert march through Flatbush is an annual tradition that kicks off at 4 a.m. on Labor Day. It starts at Grand Army Plaza and runs down Flatbush Avenue to Empire Boulevard, Nostrand Avenue and Linden Boulevard.

The J'Ouvert Festival is the official lead into the West Indian Day Parade, which kicks off at 11 a.m.