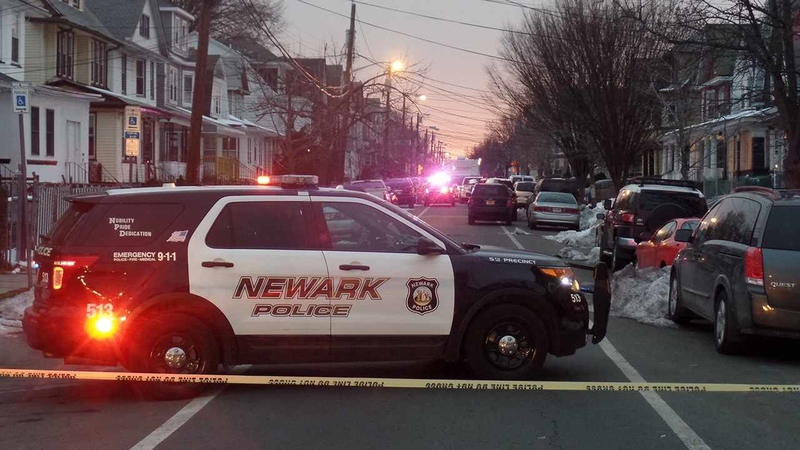 NEWARK, New Jersey (WABC) -- A boy was killed Saturday morning after a shooting in Newark.

A 10-year-old was visiting his father when he was fatally shot in the chest at a home on South 19th Street around 1:20 a.m.

Barbara Maybank says she woke up to a knock from investigators, and news that the boys she always sees playing is now gone.

"It was a shock - one minute they're playing around, the next minute you know they're gone," Maybank said.

Flowers and a candle at the South 19th street home where the ten year old was shot. He died later at the hospital. pic.twitter.com/JfSPSdr2Tt

What many want to know is how the shooting could happen. Police were called the home where they found the boy shot on the third floor. Witnesses say he was taken from the home by EMTs, family following close behind.

What investigators haven't said is who fired the gun. They do know the gunshot came from inside the home. While investigators spent the day questioning family and those inside the house, they still have not said what led up to the shooting.

Maybank says she went to church with the family.

Her heart breaks for the family, saying she wants them to know neighbors are here for them in their time of need.

The boy did not live in the home any longer, and lived out of state with his mother. He was currently in town visiting his father.