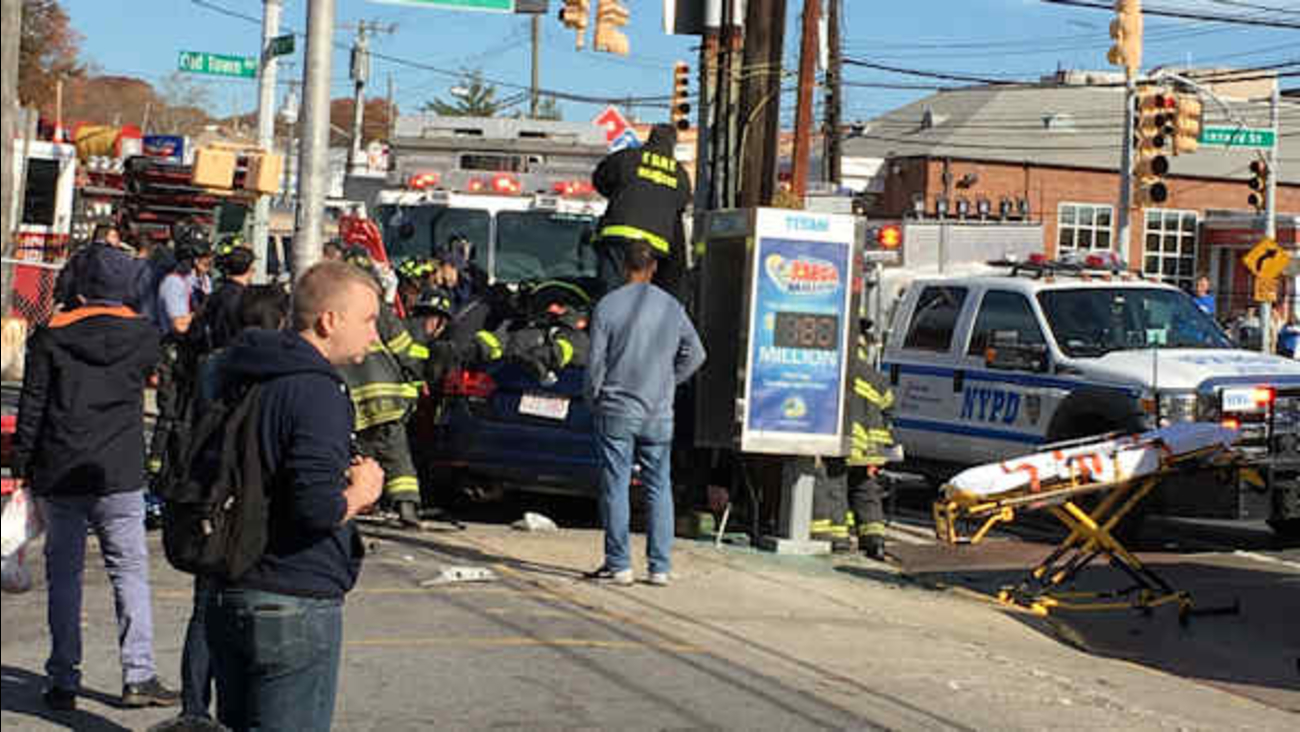 DONGAN HILLS (WABC) -- One person was killed and three others were injured in a two-car crash on Staten Island Monday morning. One of the drivers has been charged in the incident.

At around 11:15 a.m. at the intersection of Hylan Boulevard and Old Town Road in Dongan Hills.

A blue 2014 Volkswagen Jetta and a red 2001 Hyundai Elantra collided. The Jetta had been southbound on Hylan when the Hyundai, which had been northbound on Hylan, attempted to make a left turn onto westbound Old Town Road. The vehicles collided, and the Jetta hit a utility pole on the west side of Hylan.

There were three people inside the Jetta. A 32-year-old man was unconscious and unresponsive with head trauma, and a 25-year-old-man who had been driving had head and body trauma. An 18-year-old woman who was sitting in the back had neck and back pain.

All three were taken to Staten Island University Hospital's North Site, where the 32-year-old passenger was pronounced dead. He is identified as Vincent Sugrue, of Staten Island. The 25-year-old man is listed in critical and the woman is listed stable.

The driver of the Jetta, Angel Ortiz, 25, of Staten Island, is charged with aggravated unlicensed operation of motor vehicle and criminal possession of controlled substance.

The other car involved was driven by an 88-year-old, who is also at Staten Island University Hospital with minor neck and back pain. That driver is stable.

The accident is under investigation, and there is no immediate word on criminality.