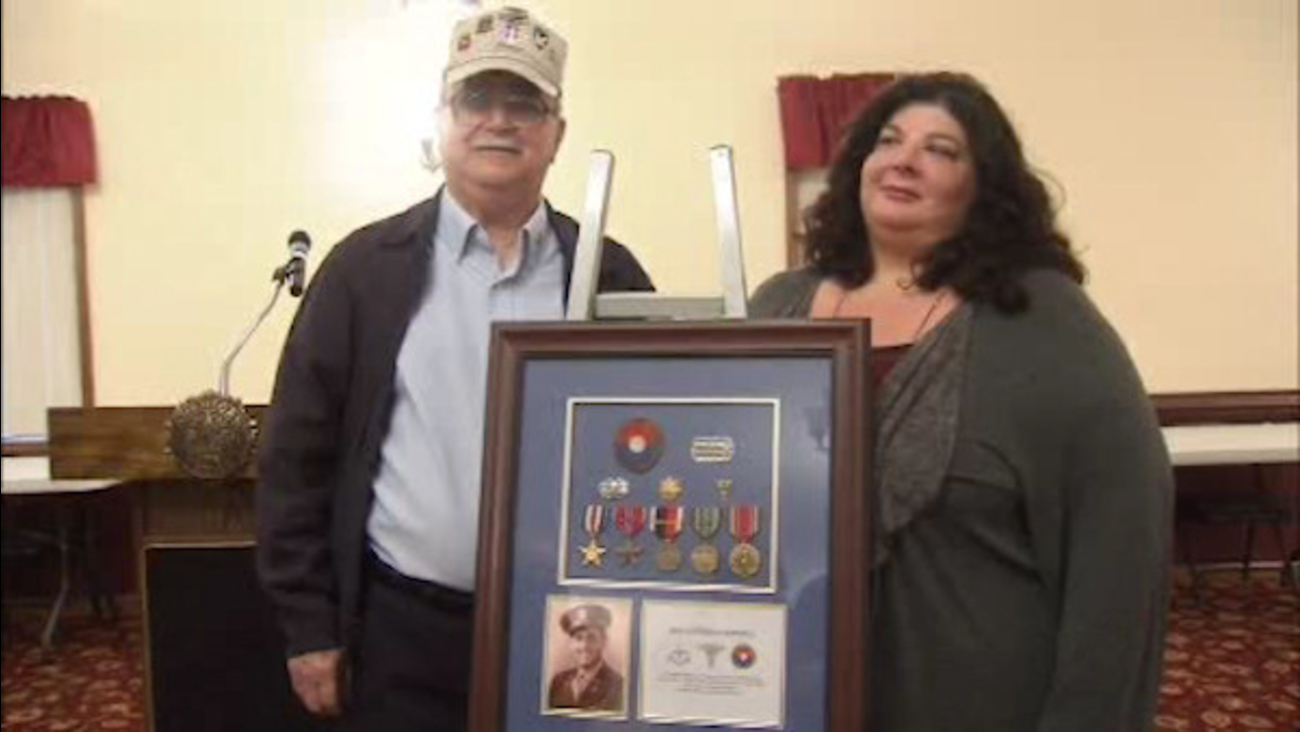 TOMS RIVER, N.J. (WABC) -- Military medals that were lost during Superstorm Sandy have now been reunited with a veteran's family in Toms River, New Jersey.

He served as a doctor in World War II.

Nick Del Prete, a veteran himself, found the medals at a flea market.

With the help of a veterans organization, he tracked down Puorro and they were returned to her this week.

"I think it's very nice that they are returning them to me, they belong with us. I'm very appreciative, he's very nice," Puorro said.

"It just excites me to know that I've done something worthwhile," Del Prete said.

Among the medals returned was a silver star, the country's third highest decoration of valor.