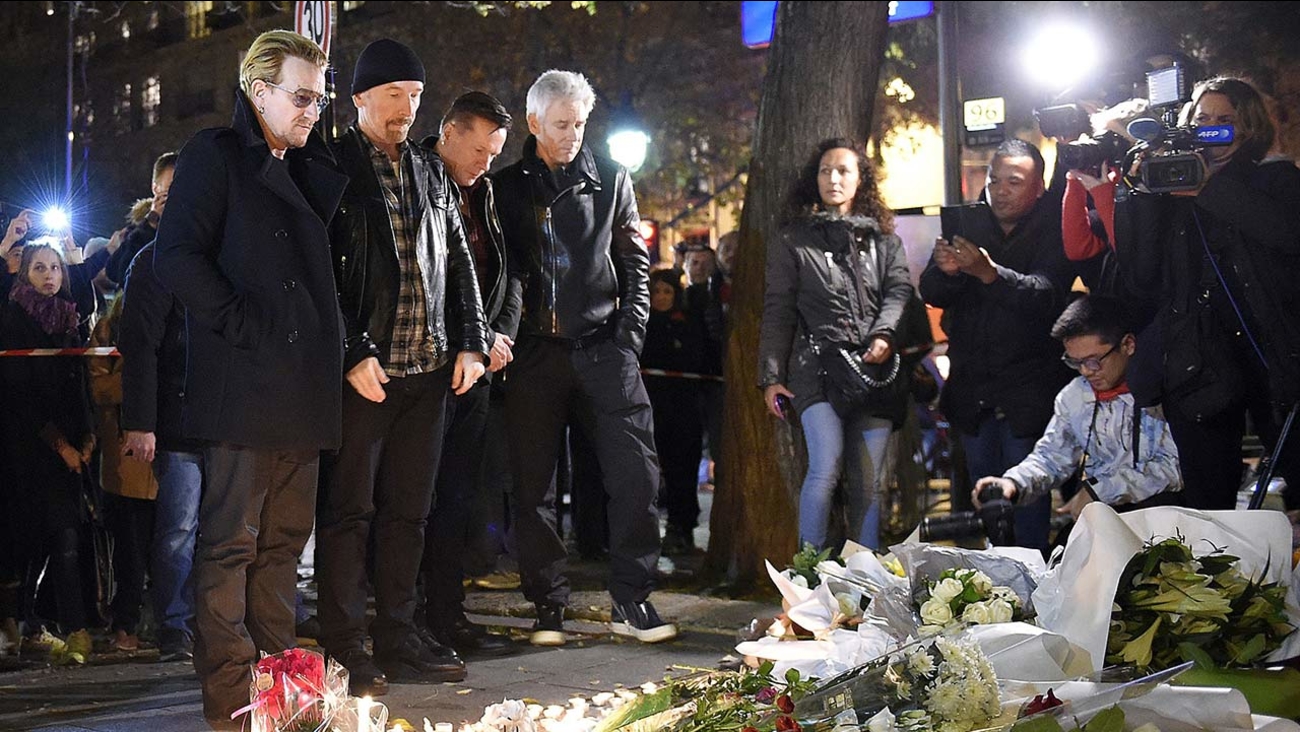 NEW YORK -- U2 has postponed its Saturday night concert in Paris in the light of the deadly attacks across the city Friday night.

Instead, the band says in a statement that it is resolved to go ahead with the concert "at an appropriate time."

'In our thoughts and prayers.' Tonight's Paris show, HBO broadcast and Twitter Q & A will not be taking place. https://t.co/LuTxpoSw0T

U2 members say they watched in shock and disbelief at the unfolding events and were devastated by the loss of life at the concert held by Eagles of Death Metal, one of several sites in the city that was violently attacked.

U2 members say: "We hope and pray that all of our fans in Paris are safe."