11 officers shot in Dallas during protest; 4 dead, 7 others injured 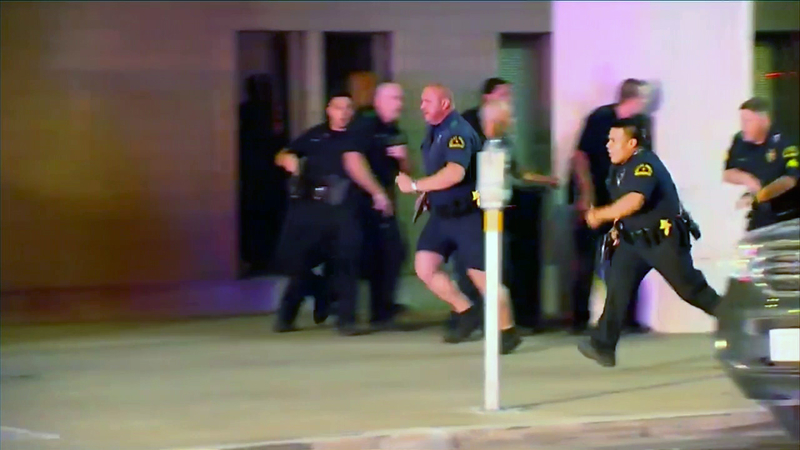 Officers shot during protest in Dallas

DALLAS (WABC) -- Dallas Police Department Chief David Brown says 11 officers were shot by two snipers in downtown Dallas. Four officers were killed and seven others were injured, some critically. The shootings broke out during a protest against police shootings around the country.

During a press update, Chief Brown revealed that some of the officers were shot in the back and that the suspects shot from parking structures and tried to triangulate to kill as many as possible.

He also said they were investigating threats that there could be a bomb planted in the downtown area by the suspects. A suspicious package was later found and was being secured by the bomb squad.

Dallas Area Rapid Transit reports that four of their officers were shot during the protests against police shootings around the country. One of the officers were killed, three others have non-life threatening injuries.

Four DART police officers were shot in downtown Dallas. 1 deceased, others not life-threatening. No IDs yet. Updates via twitter.

The Lieutenant Governor of Texas confirmed that officers were shot when gunfire rang out.

Our thoughts and prayers are with the police officers who were shot in #Dallas tonight. Awaiting further details.


Video from the scene showed a heavy police presence and officers taking cover behind vehicles on the street. It also showed crowds of hundreds of people starting to run as the sound of multiple gunshots rang out. The shooting happened around 8:45 p.m. local time.