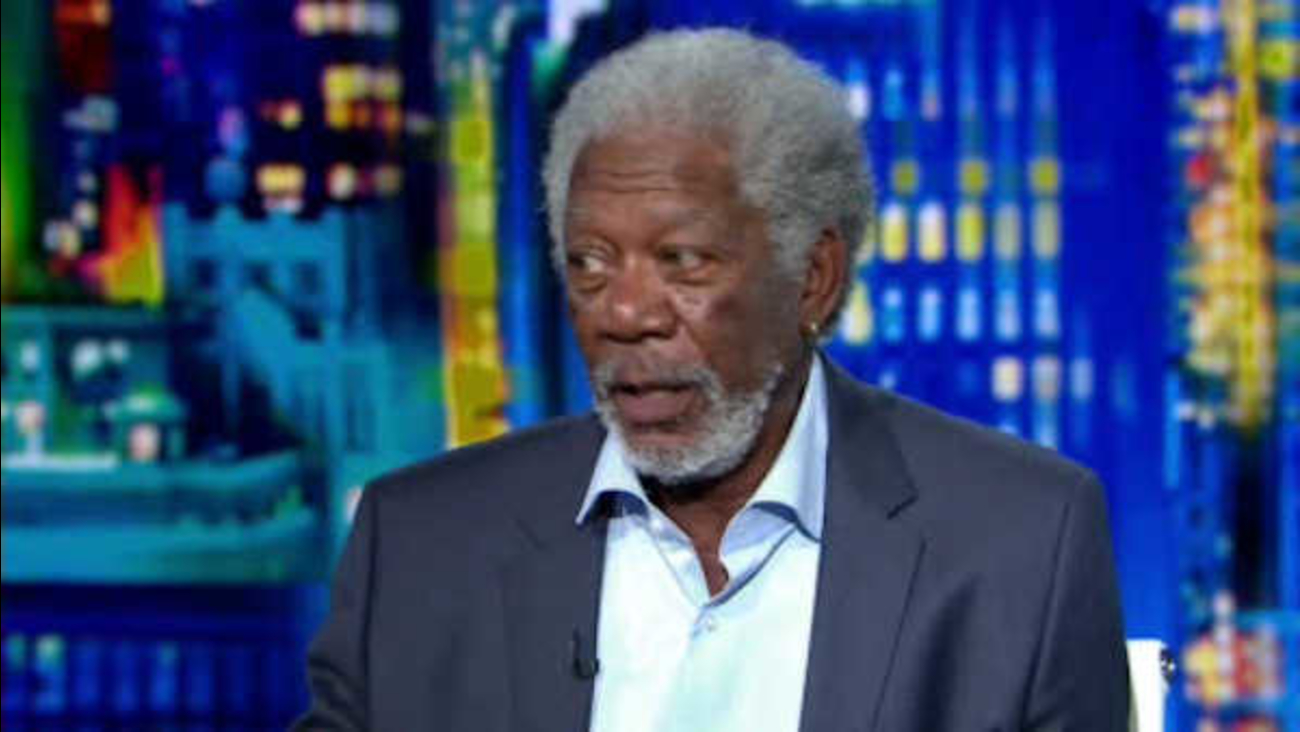 TUNICA, Miss. -- A plane carrying actor Morgan Freeman and his pilot blew a tire on takeoff from a Mississippi airport and made an emergency landing in which its landing gear collapsed and the plane ran off the side of a runway, authorities said. No one was injured.

Mayor Bill Luckett of Clarksdale, a friend of the 78-year-old Oscar-winning actor, told The Associated Press that the twin-engine plane made what he described as a controlled forced landing just before nightfall Saturday at an airport in Tunica after it had taken off from another airport in his area. Both cities are near each other in northwestern Mississippi, with Tunica about 40 miles southwest of Memphis, Tennessee.

Freeman issued a statement saying he was heading to Texas from Mississippi aboard his plane to shoot a segment for the series, "The Story of God."

"Sometimes things don't go as planned and a tire blew on takeoff, which caused other problems," Freeman said in the statement sent by his publicist. "But thanks to my excellent pilot Jimmy Hobson we landed safely without a scratch."

"I cannot say the same about my plane," Freeman added in the statement, which didn't elaborate on the condition of the aircraft afterward. "I appreciate the concern and prayers for our safety."

Kathleen Bergen, a spokeswoman with the Federal Aviation Administration, identified the plane as an Emivest SJ-30 aircraft and said the plane reported a "mechanical problem" after taking off from Fletcher Field in Lyon, a community just outside Clarksdale.

An FAA statement emailed by Bergen said the plane's original destination was Sugar Land near Houston, but that the aircraft diverted to the Tunica Municipal Airport in Mississippi where it made the emergency landing at 6:15 p.m. local time Saturday. She confirmed its main landing gear had collapsed and that the plane went off the side of the runway after landing.

The Clarksdale mayor said another plane subsequently went to Tunica to pick up the actor, who has a home in Mississippi.

Randy Stewart, the chief deputy in the Tunica County Sheriff's Office, confirmed there were no injuries, that Freeman was not piloting the craft and that an inspector would check the plane Sunday.

Freeman was involved in a 2008 car accident that seriously injured the actor and a passenger in Mississippi on a rural highway near his home. No charges were filed and Freeman settled a lawsuit in 2009 that was filed by the passenger.

Freeman is known for his roles in "The Shawshank Redemption," ''Driving Miss Daisy," ''Seven," and "Invictus." He has been nominated for five Academy Awards and won a best supporting actor Oscar for his role in Clint Eastwood's 2004 film "Million Dollar Baby."