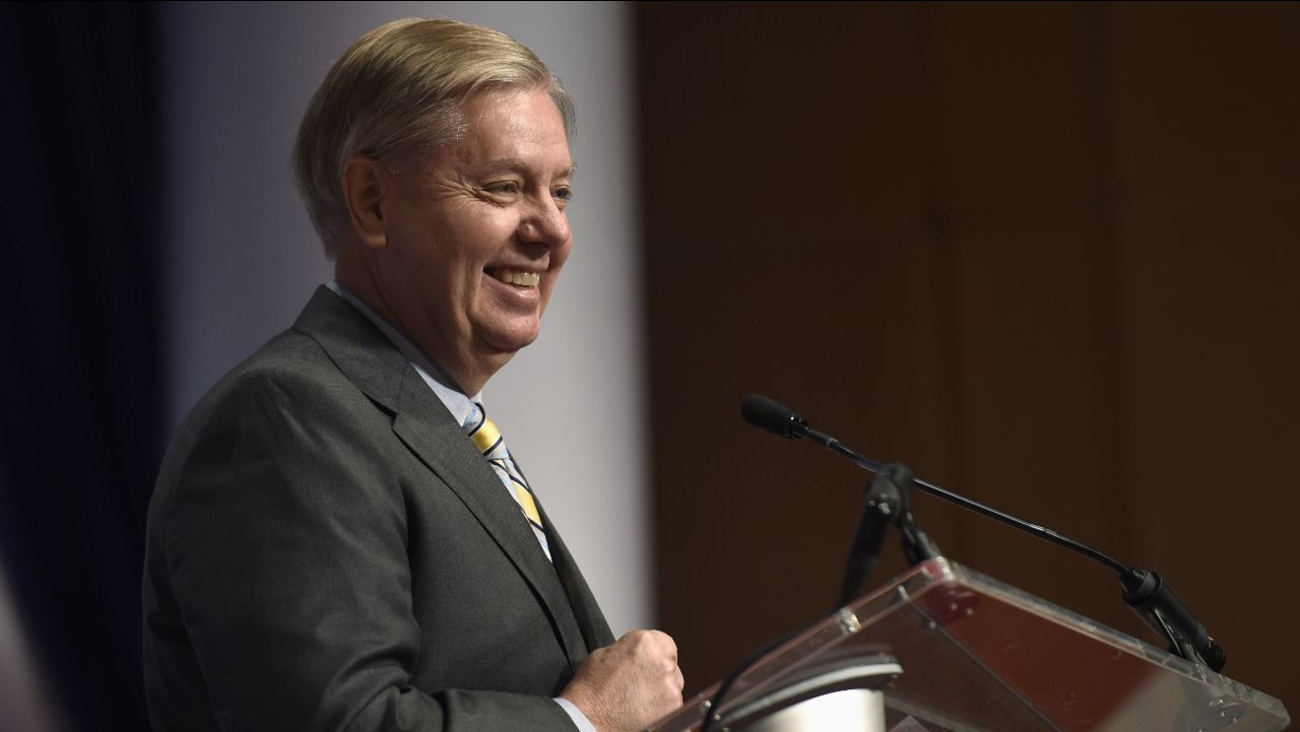 WASHINGTON -- With just over a month to go until early voting begins in the 2016 race for president, Republican Sen. Lindsey Graham announced Monday he was ending his campaign.

The South Carolina senator - the only candidate from one of the four early voting states - posted a video saying he was proud of his campaign, which he said was focused on the nation's security.

"You have honored me with your support. I believe we have run a campaign we can be proud of," Graham said. "We put forth bold and practical solutions to big problems about retiring our debt and fixing our broken immigration system. This has been a problem solvers campaign. However the centerpiece of my campaign has been securing our nation.

Having mustered little support in the polls, Graham's exit will not have an immediate effect on the race in the final stretch before the Feb. 1 Iowa caucuses and the Feb. 9 New Hampshire primary. But his decision could produce a ripple effect in his home state, which follows New Hampshire with a Feb. 20 primary. Some leading Republicans in South Carolina have remained uncommitted to this point out of loyalty to their senior senator, but now are free to take sides. Graham, too, could make an endorsement, though he's given no indication of when that might be.

Graham, 60, plunged into the contest in June on a platform of hawkish foreign policy and a declaration that newcomers need not apply for a job that offers no chance for "on-the-job training." At the time, anything was possible because none in the mob of GOP candidates was capturing a sizable base of support.

But over the summer, political neophytes Donald Trump and Ben Carson surged to the front of the pack and forced far better-known candidates, such as former Florida Gov. Jeb Bush, to fight for support.

Graham, urged to run by 2008 GOP presidential nominee John McCain, won so little backing in national polls that he failed to qualify even for the undercard GOP debate in November.

An Air Force veteran and reservist, Graham is a foreign-policy hawk who has called President Barack Obama "a small-minded guy in big times." After the attacks on Paris that killed 129 people, Graham pushed for an authorization of military force against the Islamic State that would allow the U.S. to attack the groups' supporters anywhere, with no time limit.

Virtually every Republican candidate has blasted Obama as weak on foreign policy, but Graham was often the only would-be nominee who did not hedge when asked about whether he would deploy more ground troops. He stated from the outset of his campaign that more U.S. troops are needed, adding that "American soldiers will die in Iraq and eventually in Syria to protect our homeland."

But as he visited core GOP supporters in Iowa and New Hampshire, Graham did not back away from positions that separated him from the GOP's conservative base. In New Hampshire, Graham said he won't abandon his call for an immigration overhaul that includes both improvements in border security and a path to legal status for the millions of people living in the country illegally. "All I can say is that we need to fix immigration. It's a national security issue, it's a cultural issue and it's an economic issue. I am not going to give an inch on the idea."

Graham, a member of the conservative class that swept into control of the House in 1994 has, at times, joined Democrats on other high-profile votes. In October 2013, he voted for a deal that ended a partial government shutdown and raised the nation's borrowing limit.

He has panned conservatives who have been willing to let the government shut down if their demands aren't met, saying: "We're a right-of-center nation. We're not a right-ditch nation." Graham also supported both of Obama's nominees to the Supreme Court. "Elections have consequences," he explained.
Related topics:
politicspresidential raceu.s. & world
Copyright © 2021 by The Associated Press. All Rights Reserved.
More Videos
From CNN Newsource affiliates
TOP STORIES