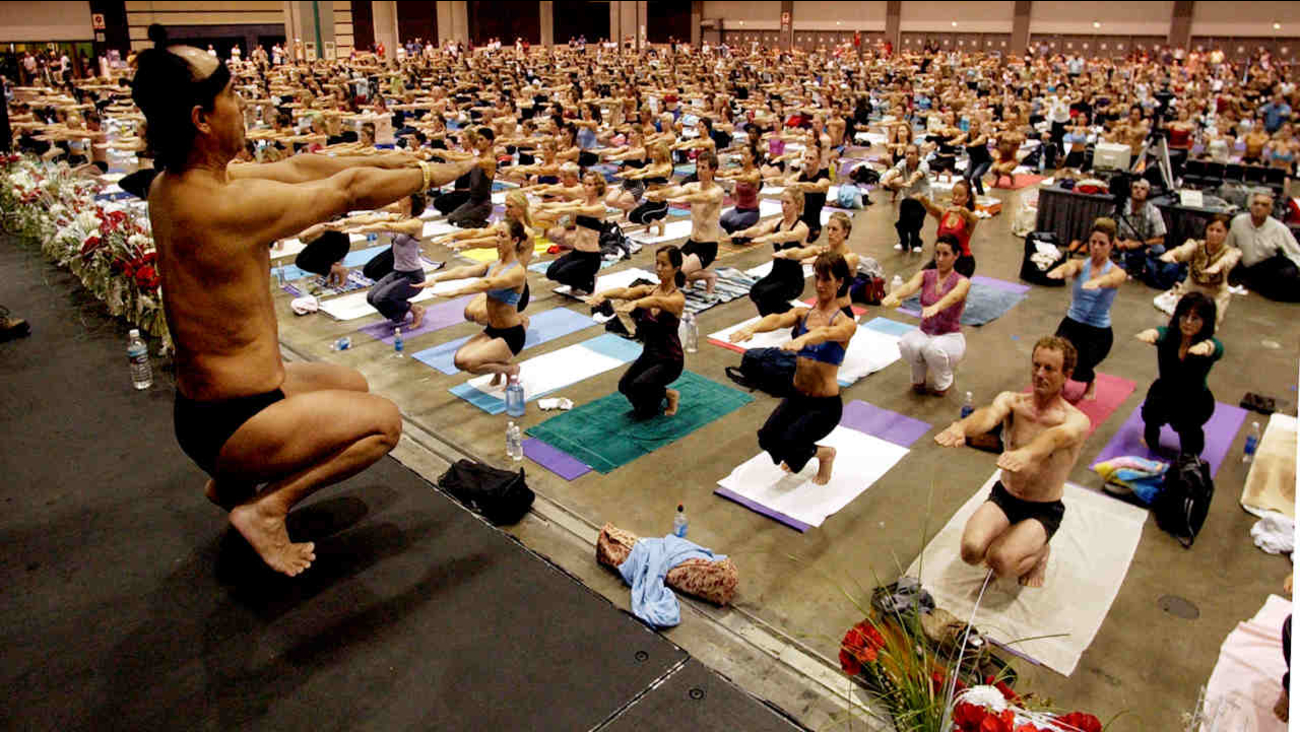 LOS ANGELES -- The founder of a popular hot yoga method on Monday was ordered to pay more than $900,000 to a lawyer who said she was fired for investigating allegations of sexual harassment against the guru.

A Los Angeles jury ordered Bikram Choudhury to pay the attorney $924,500 in compensatory damages after finding he had subjected her to harassment and retaliation. The jury is considering whether to award the attorney, Minakshi Jafa-Bodden, with punitive damages on Tuesday.

She said Choudhury sexually harassed Jafa-Bodden, inappropriately touched her, and tried to get her to stay with him in a hotel suite. Choudhury fired her in June 2013 when she began investigating claims from other women of sexual abuse, Minnard said.

Choudhury's attorney, Robert Tafoya, did not return a call for comment.

Choudhury, 69, has built an empire around Bikram yoga, a rigorous, 90-minute routine performed in a room that can reach more than 100 degrees. The technique is taught at more than 650 studios worldwide and has drawn a throng of devoted followers.

Monday's verdict is just the latest bad news for Choudhury.

In October, the guru lost a court appeal to copyright his sequence of 26 poses and two breathing exercises. The 9th U.S. Circuit Court of Appeals ruled that the sequence used in hot yoga classes is a process intended to improve people's health, so copyright law does not cover it.

Choudhury is also facing lawsuits by six women who claim he sexually assaulted them, the first of which is set for trial in April.

The most recent lawsuit, filed Feb. 13, accuses Choudhury of raping a Canadian woman who had she used $10,000 from her college fund to pay for a nine-week class so she could teach Bikram yoga to others.

Choudhury's lawyers have said he never sexually assaulted any of the women suing him and that prosecutors had declined to bring charges in their cases.
Related topics:
los angeleslawsuitnational
Copyright © 2021 by The Associated Press. All Rights Reserved.
More Videos
From CNN Newsource affiliates
TOP STORIES