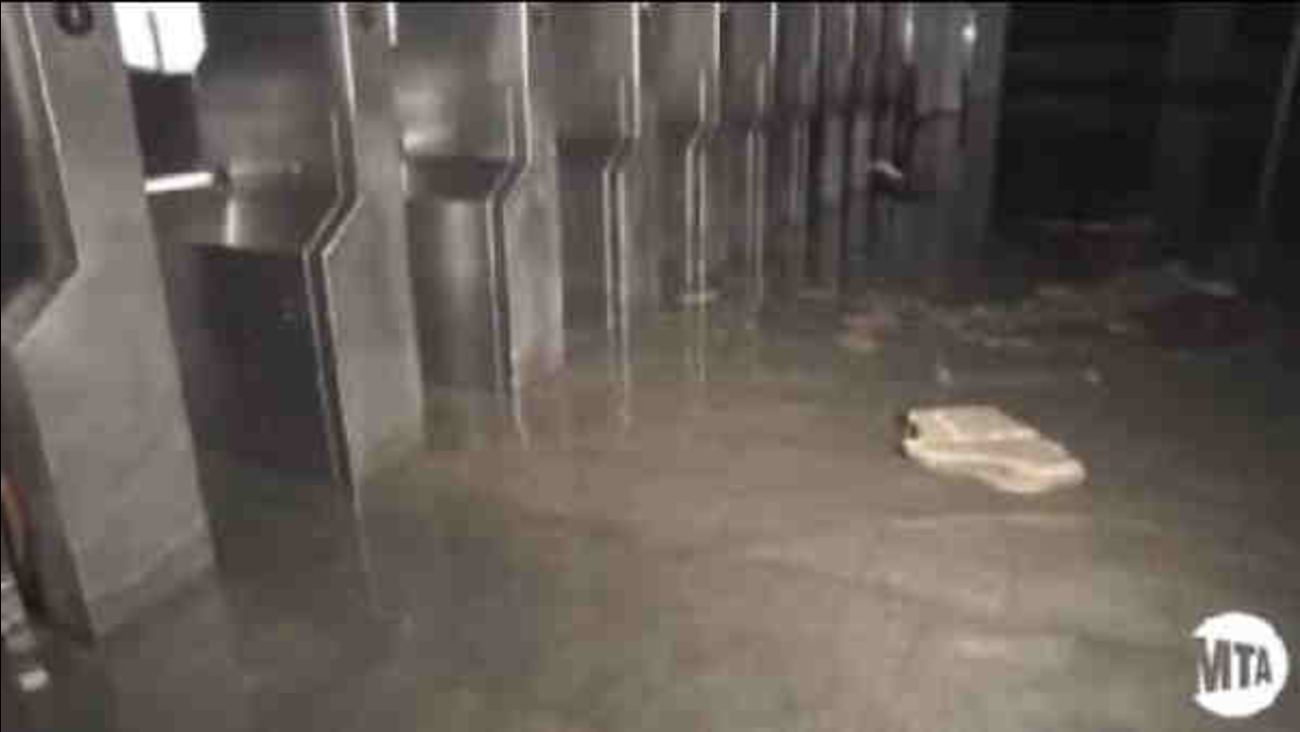 NEW YORK CITY -- After ocean waters poured into lower Manhattan during Superstorm Sandy, experts began dreaming up a solution: a U-shaped barrier of earthen berms, walls and gates that would keep floods out and the nation's financial capital dry.

Now, more than three years later, a version of that idea has stacked up over $600 million in backing, including a $176 million shot in the arm from the federal government last week. But it is still hundreds of millions of dollars and several years away from being finished.

"We've been full steam ahead," said city resiliency director Daniel Zarrilli, "knowing that we don't really know how long we have before these things need to be in place."

Officials aim to start building next year and finish by 2022, building segments that can begin providing some protection before the more than 5-mile-long project is complete. Still, there's no final plan yet for what the project will look like, how much it will cost, or where the city will get the minimum of $300 million more it has said is needed to finish. A devastating flood could come in decades or as soon as the next storm.

"There's much more hope" after the latest infusion of funding, said state Sen. Daniel Squadron, a Democrat who represents some affected areas. "But there's ongoing anxiety. Because this is not something that can be a generation-long project."

Sandy struck in October 2012, killing over 180 people and causing $65 billion in damage in the U.S. alone. The storm swamped downtown Manhattan apartment houses and office buildings, flooded subways and cut power to almost everywhere south of the Empire State Building.

Architects and engineers participating in a federal design competition later sketched out a 10-mile-long "Big U" of barriers that varied by neighborhood.

The city's current proposals echo that idea but cover less territory, extending around Manhattan's southern end roughly from Bellevue Hospital on the East Side to half a mile north of the World Trade Center on the West Side. The path wraps around Wall Street and trendy neighborhoods, but also around several public housing developments hard by the East River.

Plans describe a mosaic of different approaches: a big, grassy berm in a park, floodwalls under an elevated highway, a levee system at Manhattan's southern tip, and in other spots moveable flood barriers, pumps and more. The proposal also calls for flood-proofing vulnerable public housing and weaving plazas and park improvements into the water barriers.

Planning experts say it sets an example for multifaceted flood protection that "combines engineering with ecology with community" instead of just walling off water, says Rob Freudenberg of the Regional Plan Association, a research and advocacy organization.

The federal Housing and Urban Development Department two years ago put up $335 million for the first, roughly 2-mile chunk. HUD awarded another $176 million last week toward the remainder of the project, adding to $115 million in mostly city money pledged last summer. Still, the total is about $320 million short of what the city sought for that piece.

Zarrilli says officials are working to line up the rest and "can put in place some substantial improvements with what we have," as a start.

Meanwhile, some institutions, utilities and building owners in low-lying lower Manhattan are doing their own storm-proofing. Transit officials have been working on seals for subway stations. And the city itself is working on other projects in Manhattan and elsewhere as part of a $20 billion plan to help New York weather storms and floods.

Communities along the lower Manhattan waterfront are keenly waiting, both inside and outside the planned flood defenses.

"Obviously, we need a 'Big U,' not a 'Big J,'" says Tobi Bergman, chairman of a community board in the West Village, which saw some flooding in Sandy but is outside the protections planned so far. But, he added, "I think every New Yorker is glad to see progress begin."