Would-be car thief tries to flee from deputy, gets stuck in storm drain 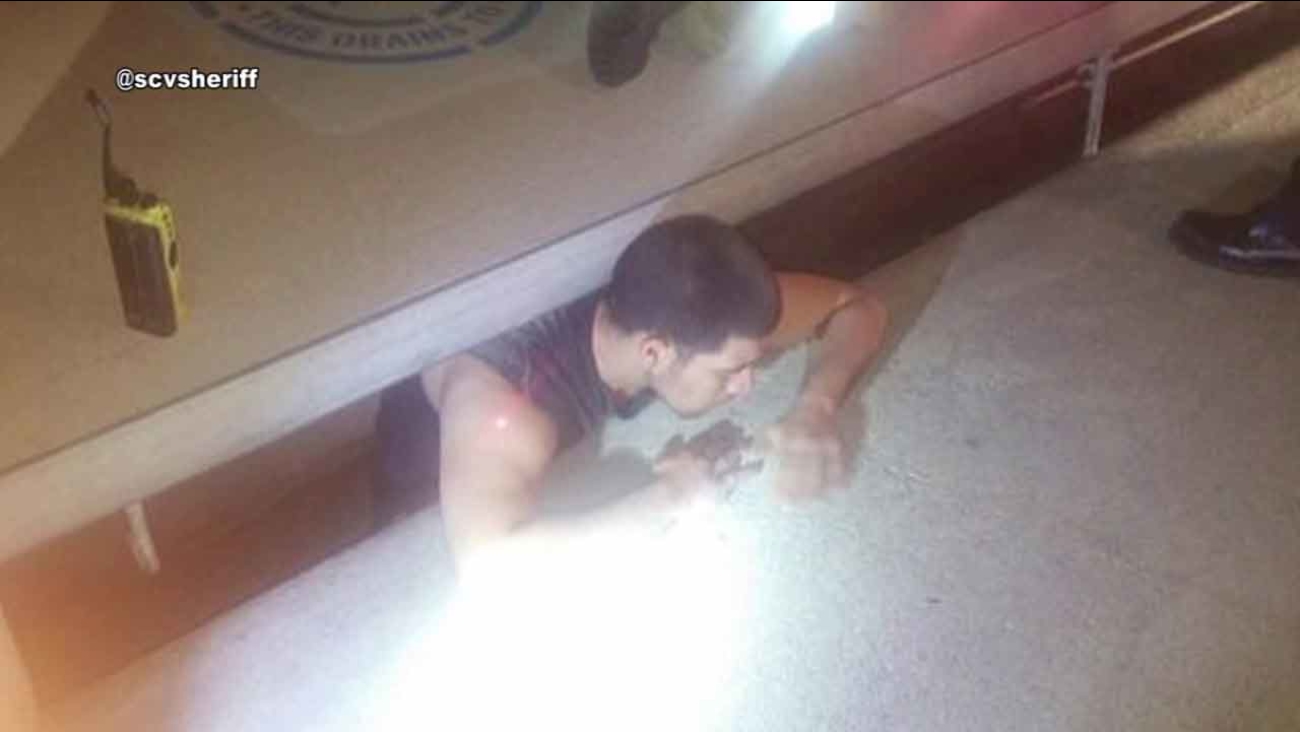 A possible would-be car thief tried to flee from police and got stuck in a storm drain in Canyon Country on Saturday, Feb. 6, 2016.

SANTA CLARITA, Calif. -- An alleged would-be car thief who tried to flee from a deputy in California got stuck in a storm drain and was later arrested.

An off-duty Ventura County sheriff's deputy found the suspect attempting to steal a vehicle in the 1800 block of Goodvale Road around 5:30 p.m. Saturday, according to the Santa Clarita Sheriff's Department.

When the suspect tried to flee, the deputy chased after him and found him stuck in a storm drain in the 2700 block of Walnut Springs Avenue.

Deputies arrested the suspect from the storm drain and booked him into a nearby station at about 8 p.m., according to the Santa Clarita Sheriff's Department.
Related topics:
canyon countrysanta claritalos angeles countytheftlos angeles county sheriff's department
Copyright © 2020 KABC-TV. All Rights Reserved.
More Videos
From CNN Newsource affiliates
TOP STORIES