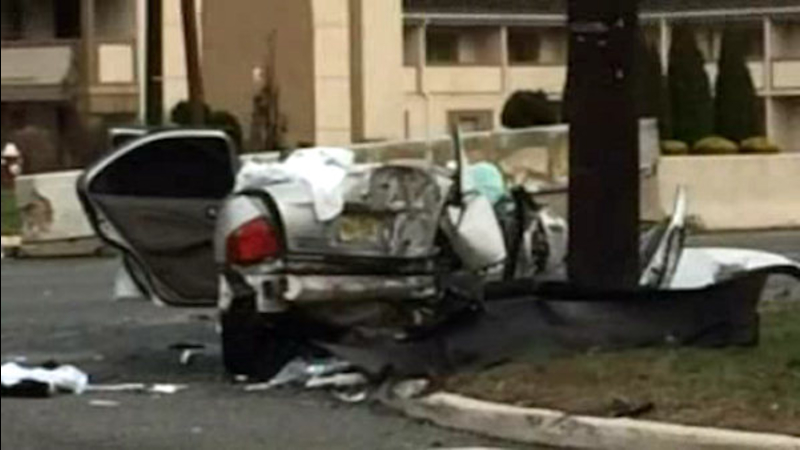 SOUTH BRUNSWICK, N.J. (WABC) -- There is heartbreak tonight for a family in New Jersey after their 13-year-old daughter was killed in a horrific car crash.

Adding to the family's pain is that the driver is their son.

The home of 13-year-old Blanca Hernandez was filled with friends and relatives and wrenching anguish Monday night. It was all so sudden.

There is not much left of the car Blanca was driving in Friday morning.

She and others in her family were coming home from a New Year's Eve party when the man driving the car she was in apparently became distracted and drove through a red light on Route 1 in South Brunswick, crashing into a minivan.

Blanca was in the back seat with no seat belt.

Eight people were injured; at least three are still in critical condition.

Clearly this is a tragedy from every possible vantage point, but even more so because according police the accident was almost certainly preventable. They believe the driver was distracted, possibly by a cell phone.

"The leading indication is that a cell phone may have played a part in it. Witness statements indicate that the cell phone might have been used for navigation purposes, the driver might have been lost and as a result of that this is what happened," said Capt. James Ryan, of the South Brunswick Police Department.

The person driving has, so far, not been charged with any crime. It may be that his punishment is already greater than the law would provide.

"The person who was driving the car is the 13-year-old's brother, so because of this lapse in judgment his younger sister is killed, this is a tragedy, there's nothing at this point in time that indicates anything other than that," Ryan said.