RIDGEWOOD, Queens (WABC) -- A 14-year veteran firefighter of the FDNY fell to his death while battling a fire at an apartment building in Queens Thursday.

The routine fire call came in at 2:20 p.m. Fire was burning in the second floor of 1615 Putnam Avenue, a five-story apartment building just off Wyckoff Avenue in Ridgewood.

Firefighter William Tolley, 42, of Bethpage, responded with Ladder 135. FDNY officials said he and other firefighters were on the roof to help ventilate the upper floors of the building, when Tolley somehow lost his balance and fell off.

"I feel sad for his family, because I saw everything," said Norberto Arellano, an eyewitness.

The fire truck's ladder was extended to the roof, and the firefighters were moving between the bucket and the roof at the time. Multiple eyewitnesses say the tower ladder suddenly jerked.

Though, a witness said he was exiting the roof and was in the process of hooking his safety line when the truck moved for some reason, causing the ladder to rock and throwing the firefighter off balance.

"The ladder shake, when it was up in the air, it shake, he lost his balance," said Edwin Rivera, an eyewitness.

They watched in horror as the veteran firefighter lost his footing and plunged to his death.

"Hearing the impact, you knew he couldn't survive that. It just sounded like a very big bang," said Angie Cordero, an eyewitness.

The fire, which a city official characterized as a relatively minor second-alarm fire, was placed under control at 3 p.m. with three other minor injuries.

There was no immediate answer for how such a normal, practiced maneuver could go so wrong. Investigators spent hours on the scene searching for a reason.

But for now, there's just shock after one of New York's Bravest lost his life, in the blink of an eye.

Mayor de Blasio and fire officials arrived at the hospital late Thursday afternoon, shortly after the incident. They spoke about Tolley and the incident.

"To his family we say, we stand with you, not only today, but the days ahead and for years to come," de Blasio said.

NewsCopter 7 over the scene in Queens

Thoughts & prayers from all #NYPD are with the men & women of @FDNY following line-of-duty firefighter death today in Queens. Rest in peace. pic.twitter.com/RjD6Rdp157

The last firefighter killed in the line of duty was Deputy Chief Michael Fahy, who died in an explosion at a marijuana grow house in the Bronx on September 27, 2016. 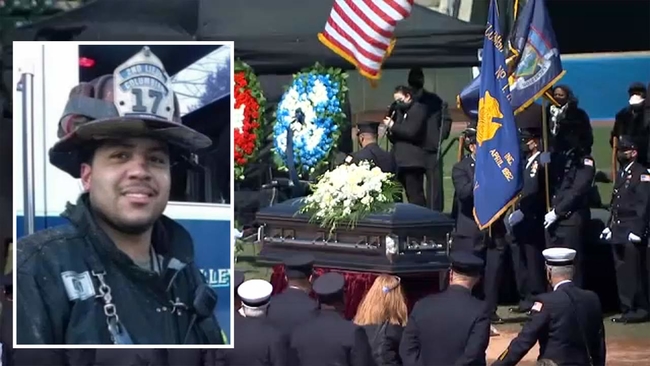 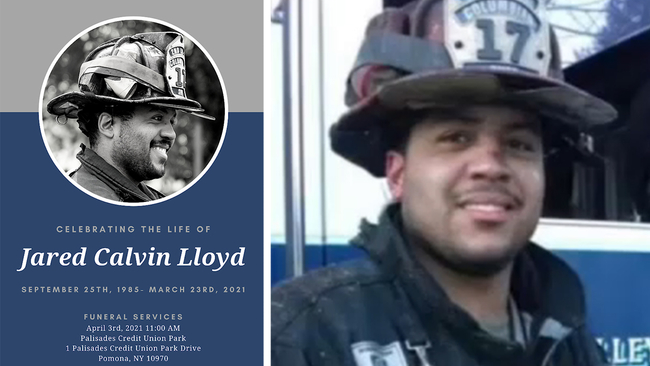