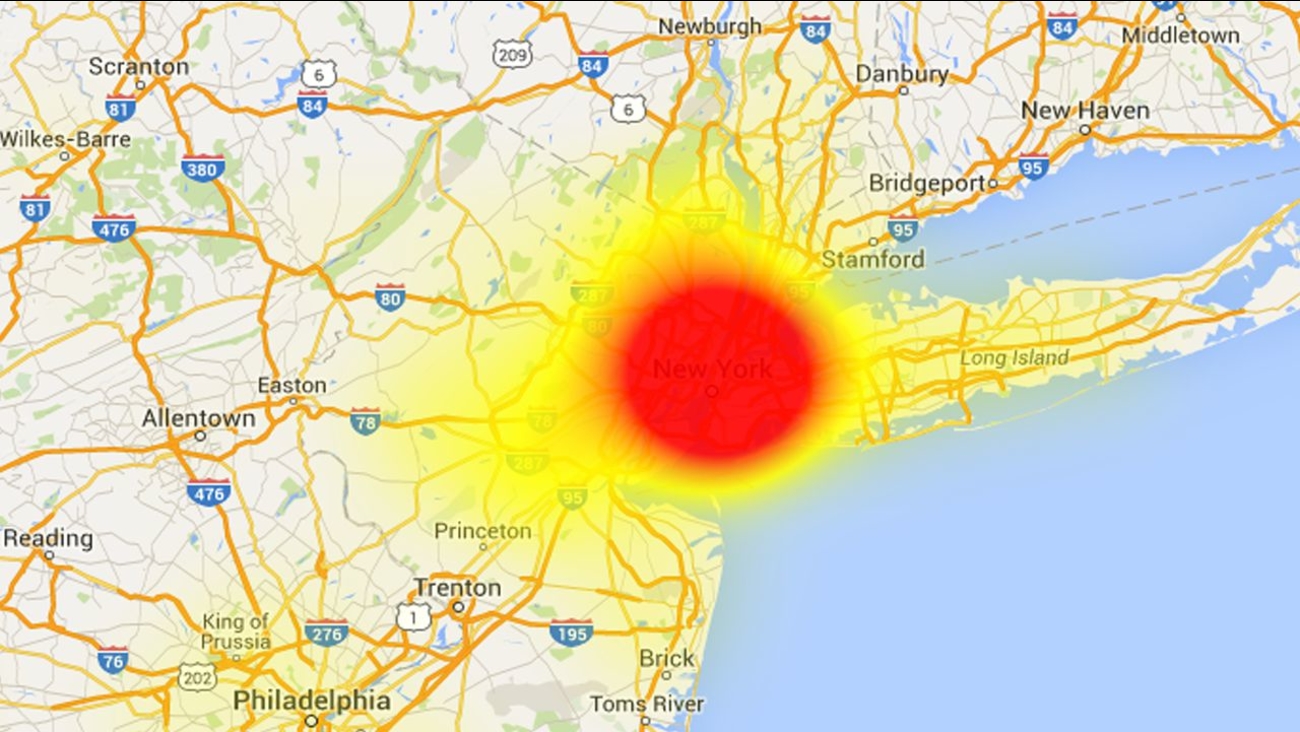 Multiple Eyewitness News viewers reported that they could not make or receive calls on their cellphones. The reports came in from Long Island to New Jersey, and including New York City.

Eyewitness News reached out to Verizon to see what happened. Andrew Testa, a Verizon spokesman, said the problem started just before 5 p.m.

"At 4:50 p.m., Verizon experienced a network issue affecting voice service for some customers in New York and New Jersey," Testa said. "Verizon Wireless engineers were able to identify and resolve the issue promptly and service was fully restored by 6:30 p.m."

Testa added that the cause of the outage is not yet clear, and they're working to figure it out.

The map above shows where reports came into downdetector.com, which tracks service outages across the country.

Here are some of the reports of the outage on social media:

Looks like @VZWSupport having an issue for voice calls on @verizon wireless network. Inbound and outbound all Circuits busy NY area. SMS ok

@VZWSupport Is there an outage in the NYC/NJ area? Can't make outgoing calls on our mobile.

Verizon representatives on Twitter have responded saying they're unaware of a major outage:

@AndreaCrossman We know it's a must to have working phone service. Not seeing anything in the area. What exactly is happening? ^SJ

And since the service was restored, it appears Verizon support is telling customers to turn their phones off/on to fix any lingering problems:

@webairsagi 2/2 Have you tried to turn your phone off for 30 seconds and then turn it back on? *DMW