Rally in Queens calling for end to violence against transgender community 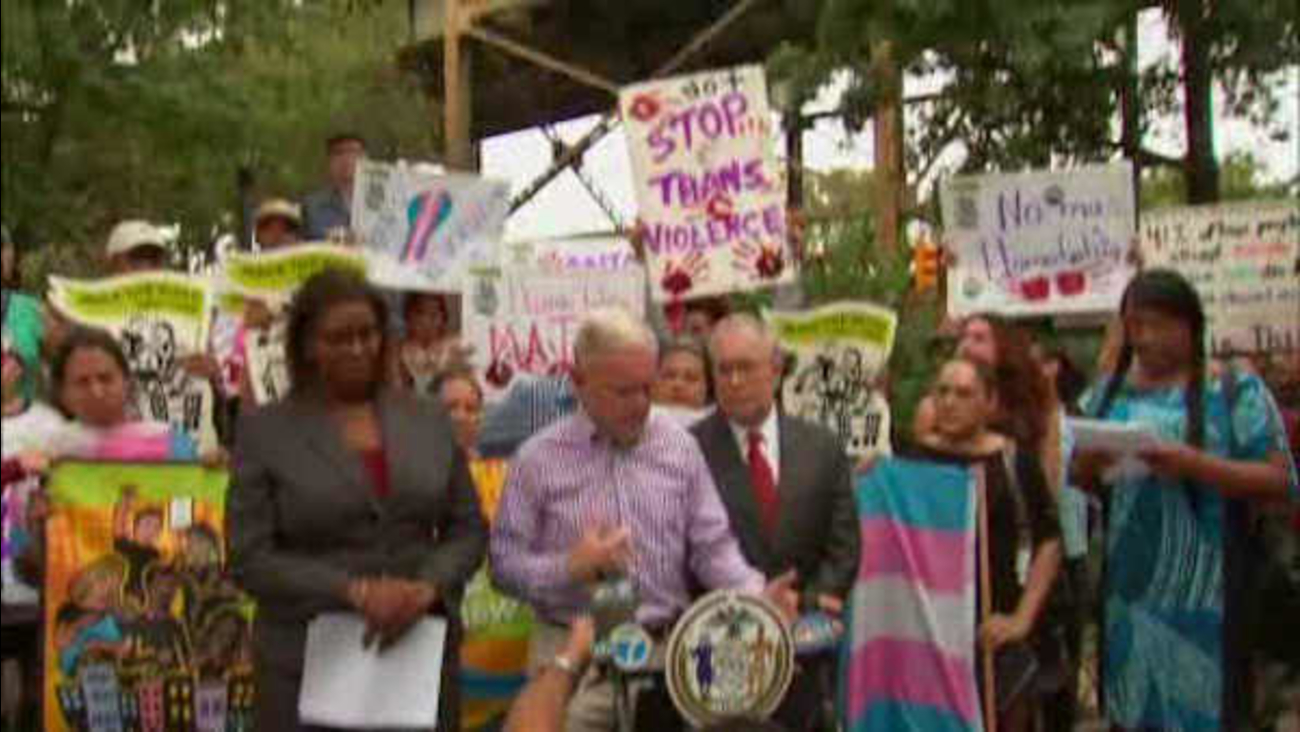 WOODSIDE, Queens (WABC) -- A rally was held Thursday night to call for an end to violence against the transgender community, in the wake of an attack in Queens.

Elected officials and community members gathered in Woodside, near the site of last week's attack.

A transgender woman was hit in the head with a hammer, by a man who made anti-gay remarks and stole her purse.

The victim, whose name is Gabby, addressed the rally through a translator.

"I am so thankful to all of you here, I feel a lot of fear," she said.

Police are investigating the attack as a possible hate crime.

As the 28-year-old victim walked along 67th Street Wednesday morning, her alleged attacker approached her from behind.

Before hitting her, he screamed, "This is what you get for being gay."

The victim was treated for serious injuries and has been released from the hospital. The attacker remains at large.
Related topics:
woodsidenew york citytransgenderattack
Copyright © 2021 WABC-TV. All Rights Reserved.
More Videos
From CNN Newsource affiliates
TOP STORIES