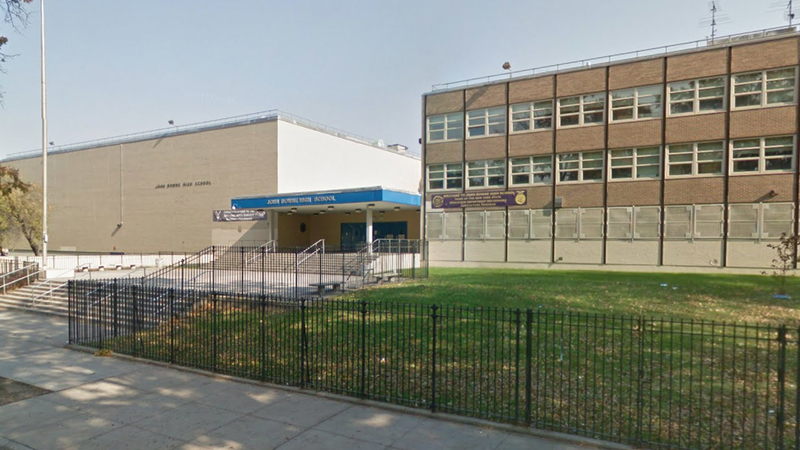 3 in custody after Queens school stabbing

FLUSHING, Queens (WABC) -- Charges have been filed against three teenagers in connection to a stabbing inside a high school in Queens on Tuesday.

The incident happened at John Bowne High School in Flushing around 11 a.m. Authorities say a 16-year-old was stabbed on the left side of his body and was rushed to Queens Hospital Center in stable condition.

"I heard about it in school," senior Gina Cardenez said. "Everyone was talking about it."

"If there's drugs on a regular basis, there's other dangerous weapons that you could be using," Cardenez said. "Look at what just happened."

There is even Snapchat video of the fight circulating in the halls, which spread as fast as the news.

"Things like this shouldn't be happening," Cardenez said. "There should be scanning. I don't know what to say. I don't feel safe. I don't feel safe in this school."
Related topics:
flushingnew york cityschool stabbingschoolstabbing
Copyright © 2021 WABC-TV. All Rights Reserved.
More Videos
From CNN Newsource affiliates
TOP STORIES