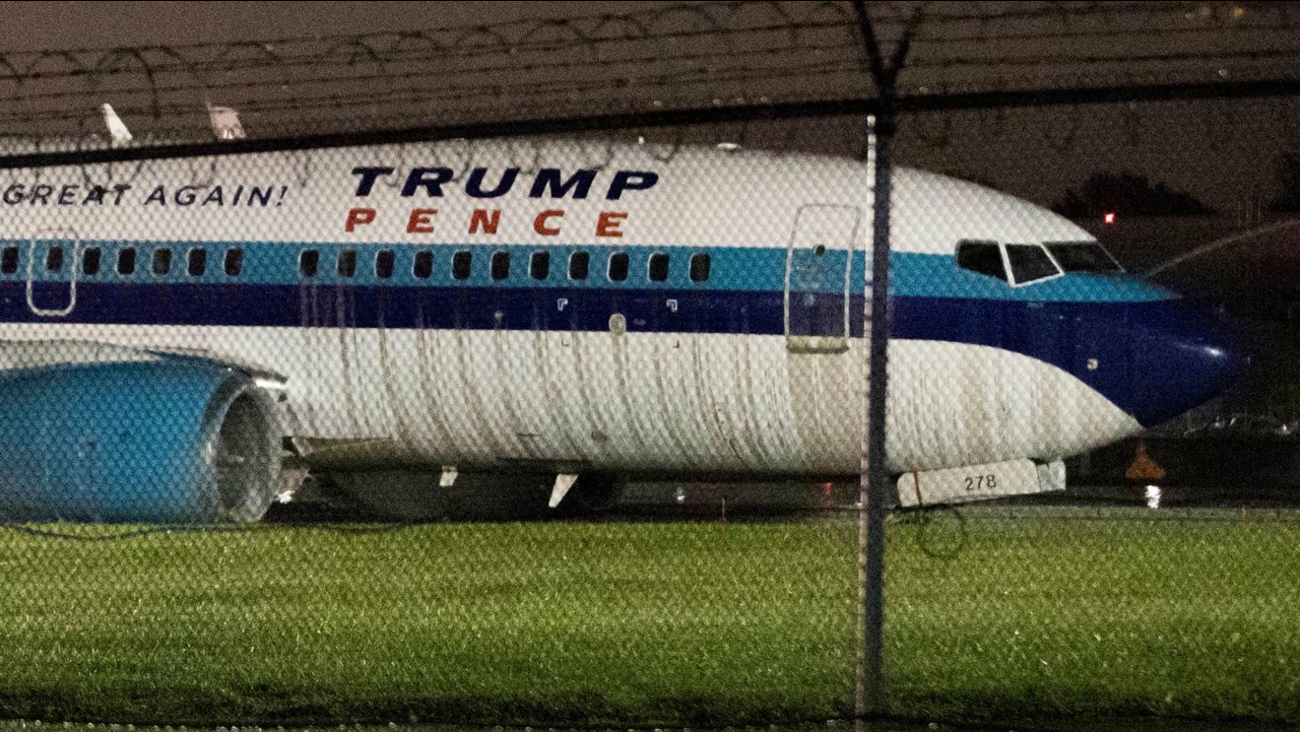 Republican VP candidate Indiana Gov. Mike Pence's campaign airplane sits partially on the tarmac and the grass after sliding off the runway while landing at LaGuardia Airport. (AP Photo/Mary Altaffer)

The Boeing 737 carrying Pence, 36 other passengers and 11 crew members landed in a rainstorm, slid sideways and came to a stop in a field of aerated concrete blocks called arrestor beds, which are designed to stop aircraft from barreling off runways. The blocks kept the jet from running onto a busy highway.

The NTSB said the flight crew didn't report any mechanical irregularities. That was corroborated by the plane's flight data recorder.

A spokesman for Eastern Air Lines, which operated the charter flight, did not immediately comment.