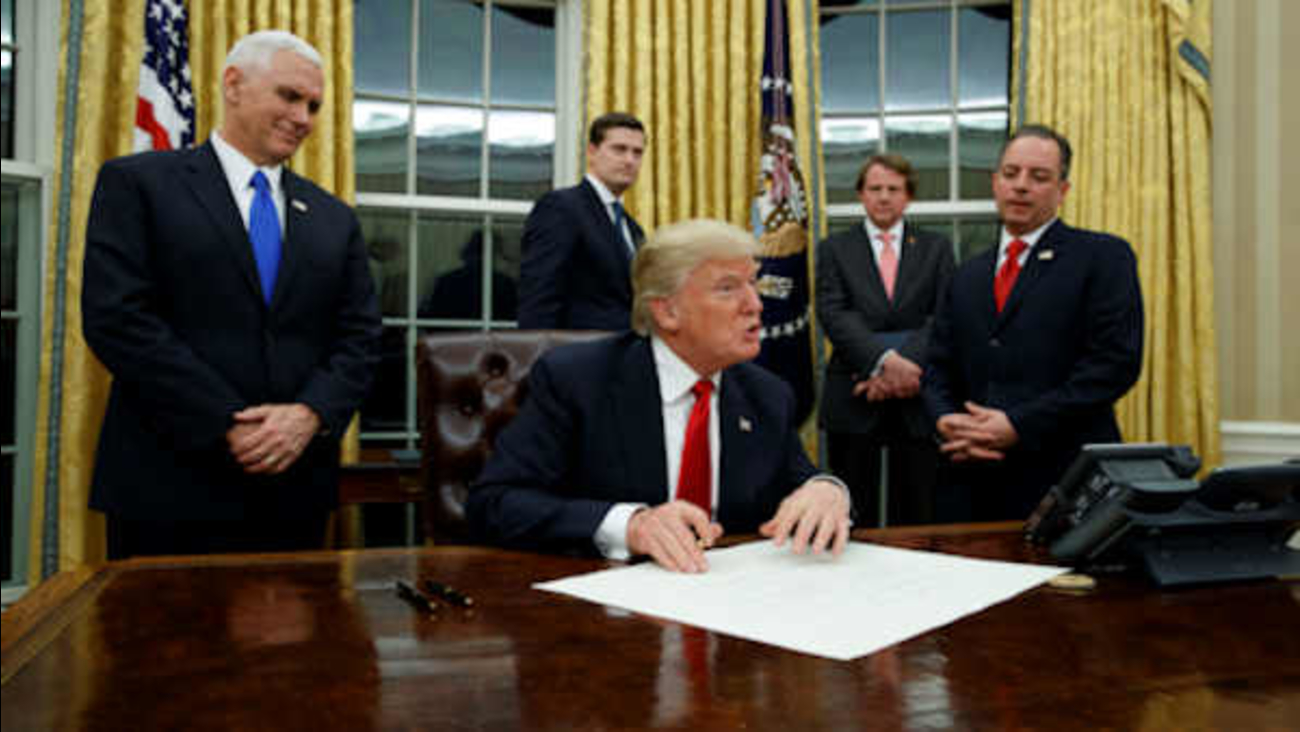 A bust of Winston Churchill was visible as reporters were allowed in to watch Trump sign an executive order.

Former President Barack Obama had been criticized for removing the bust. But Obama had said the Churchill bust remained in a prominent White House location outside his private office where he could see it every day.

A rug Obama had in the Oval Office that had quotations along its border has been removed.

Hours after delivering a stinging rebuke of the political status quo in his inaugural address, Trump sat at the president's formal desk in the Oval Office as he signed the order that White House chief of staff Reince Priebus said was aimed at "minimizing the economic burden" of the "Obamacare" law.

The order notes that Trump intends to seek the "prompt repeal" of the law. But in the meantime, it allows the Health and Human Services Department and other federal agencies to delay implementing any piece of the law that might impose a "fiscal burden" on states, health care providers, families or individuals.

As Trump signed the paperwork, the White House announced Priebus had sent a memorandum to agencies and departments outlining guidelines for slowing regulations.